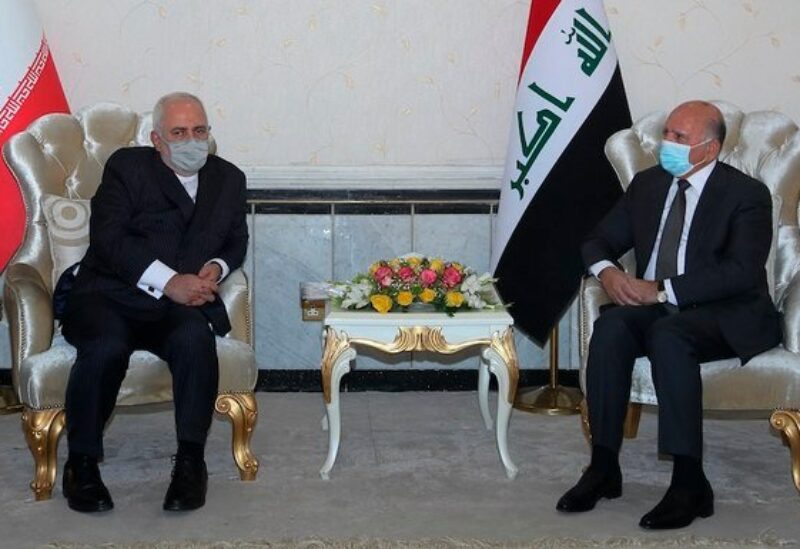 Iranian Foreign Minister Mohammad Javad Zarif has arrived in Iraq on Monday as part of an official visit to discuss relations between both countries.

During a joint press conference, Iraqi Foreign Minister Fuad Hussein stressed that it is in Iraq’s interest to work with Iran to achieve stability in the region.

Hussein noted that some problems are being faced in the economic relations between Iran and Iraq that they hope to solve.

Meanwhile, Zarif said Iran supports a stronger role for Iraq in bringing stability to the region.

He also mentioned the Vienna negotiations, saying: “We have not contacted the American negotiators in Vienna, but the nuclear talks are progressing.”

Zarif will be meeting several Iraqi officials, and will visit the cities of Najaf and the Kurdistan region, as mentioned in the press briefing.