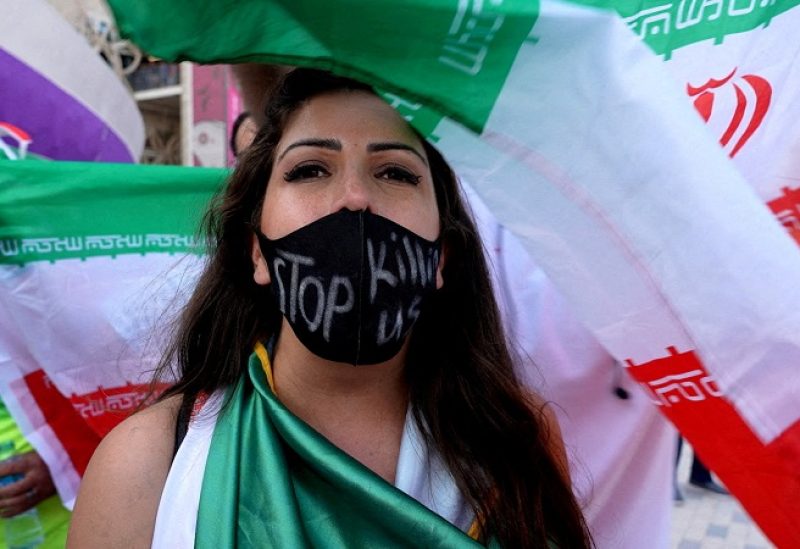 While the FIFPRO World Players’ Union on Tuesday asked Tehran to lift his penalty, it was reported that the Iranian football player Amir Nasr-Azadani was to face a death sentence for “campaigning for women’s rights” in his country.

“FIFPRO is shocked and sickened by reports that professional footballer Azadani faces execution in Iran after campaigning for women’s rights and basic freedom in his country,” the union said on Twitter.

“We stand in solidarity with Amir and call for the immediate removal of his punishment,” it added.

FIFPRO is a global union for professional football players to defend their rights.

Iran has been rocked by protests since mid-September after the custodial death of 22-year-old woman Mahsa Amini, who was arrested by the country’s morality police for allegedly violating the Islamic dress code.

The country has been dealing with protesters in a very hard way to deter them, punishing those who campaigned for women’s rights and freedom.

Iran on Monday executed the second person convicted over the killing of two security personnel in the northeastern city of Mashhad in November amid months-long ongoing protests across the country.

Majid Reza Rahnavard, 23, was hanged in public in his hometown Mashhad in the wee hours of Monday on charges of “moharebeh” (waging war against God), judiciary-affiliated Mizan News Agency said.

Last week, Iran executed Mohsen Shikari for “threatening citizens with a cold weapon and injuring a security guard” during protests in the Sattar Khan neighborhood of west Tehran.

In the 2022 FIFA World Cup, the Iranian national team refused to sing their national anthem before their match against England to protest Amini’s death.

Iran were eliminated in the group stage in Qatar 2022 where they played against England, the US, and Wales.