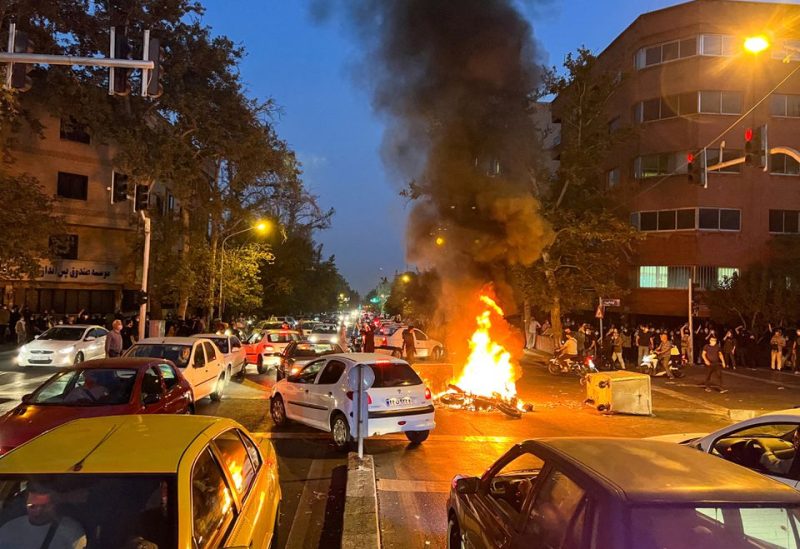 Iranian authorities are slapping charges of an offense that carries the death penalty against protesters who partook in anti-regime demonstrations sparked by the death of Mahsa Amini after her arrest by the morality police in Tehran.

Iran’s judiciary chief Gholam Hossein Mohseni Ejei announced that courts will trial detainees in Tehran and some other provinces. He, however, did not point to the number of individuals facing charges.

According to IRNA, Iran’s official news agency, Tehran prosecutor Ali Salehi said that indictments have been issued for 315 people on charges of “congregating and colluding with the intention of acting against the country’s security” and “propaganda against the system.”

Iranian media reported that the authorities began trying the detainees in the city of Karaj, west of the capital, Tehran, as of Monday morning.

Iran’s judiciary issued indictments for 201 people over their participation in anti government protests in the central province of Alborz.

Hossein Fazeli Harikandi, the chief justice of the province, said that those indicted are the “main and active agents,” mainly because they invited people to protest.

He did not give an exact number for how many people were detained, but he said that around 68% of those taken into custody had already been released on bail, indicating more than 628 people in total had been rounded up.

More than 600 Iranian and international lawyers and human rights figures had sent a letter to United Nations Secretary-General Antonio Guterres, calling for the formation of an independent commission to investigate human rights violations in Iran.

In the letter, the human rights defenders referred to Iranian authorities using excessive force, live ammunition, and killing civilians, as well as the shooting of children participating in protests or bystanders. The letter also expressed concern about the fate of detainees and political prisoners.