Iranian oil exports end 2022 at a high, despite no nuclear deal 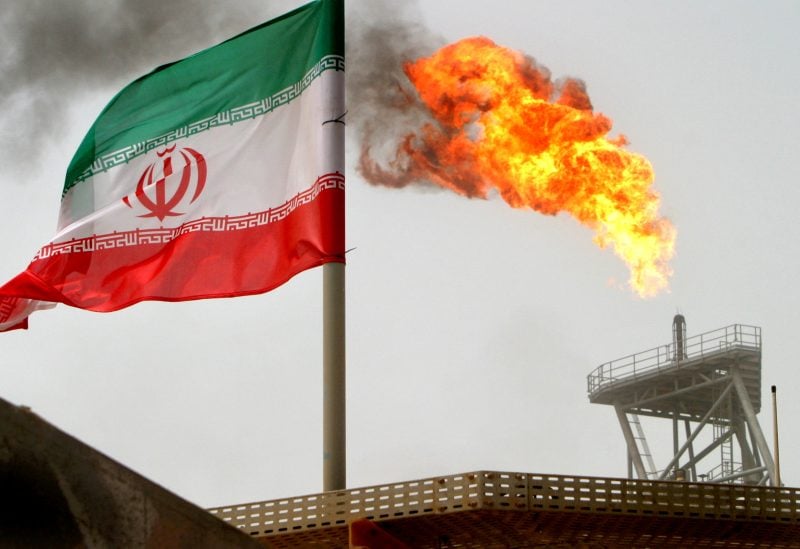 A gas flare on an oil production platform is seen alongside an Iranian flag in the Gulf July 25, 2005. REUTERS/Raheb Homavandi/File Photo

Iranian oil exports reached new highs in the final two months of 2022 and are off to a great start in 2023 despite U.S. sanctions on the country due to increased shipments to China and Venezuela, according to companies who watch the flows.

Since former American President Donald Trump pulled out of a 2015 nuclear agreement and reimposed sanctions in 2018, Tehran’s oil exports have been restricted in order to reduce the amount of money that goes to the Iranian government from oil exports.

Exports have risen during the term of his successor President Joe Biden, who had sought to revive the nuclear deal, and hit the highest since 2019 on some estimates. This comes despite headwinds such as a stall in those talks and competition from discounted Russian crude.

Energy consultant SVB International said Iran’s crude exports in December averaged 1.137 million barrels per day, up 42,000 bpd from November and the highest 2022 figure SVB has reported based on estimates given earlier.

“In comparison to the Trump administration, there hasn’t been any serious crackdown or action against Iran’s oil exports,” said Sara Vakhshouri of SVB. “January exports were so far strong like previous months.”

“Lower Chinese demand and Russia’s supply to China have been a major challenge for them. Most of its oil still goes to the Far East, ultimately China. Iran also helps Venezuela to export its oil.”

Adrienne Watson, a National Security Council spokesperson at the White House, said the administration’s enforcement of the sanctions is robust, and “Iran’s macroeconomic figures clearly bear this out.”

“We have not and will not hesitate to take action against sanctions evaders, together with sanctions against Iran’s missile and drone trade, and human rights violations against the Iranian people,” Watson said. The Treasury Department imposed sanctions late last year on an oil smuggling ring linked to Iran’s Islamic Revolutionary Guards Corps (IRGC).

Consultant Petro-Logistics, which tracks oil supply, said it was also seeing an upward trend in Iranian crude exports which, in its view, in December reached their highest level since March 2019.

Kpler, a data intelligence firm, put Iranian crude exports at 1.23 million bpd in November, the highest since August 2022 and almost on a par with April 2019’s rate of 1.27 million bpd, although they slipped to just below 1 million bpd in December.

The Iranian oil ministry did not respond to a request for comment on exports. Iran’s draft state budget is based on even higher shipments of 1.4 million bpd, the semi-official Fars news agency reported this week.

China is Iran’s biggest customer. To evade sanctions, most of Iran’s crude exports to China are rebranded as crude from other countries, according to analysts including FGE. Iran in the past has said documents were forged to hide the origin of Iranian cargoes.

There is no definitive figure for Iranian oil exports and estimates often fall into a wide range. Tanker-tracking companies use various methods to track the flows, including satellite data, port loading data and human intelligence. Iran generally does not release figures.

According to another analyst, Vortexa, China’s December imports of Iranian oil hit a new record of 1.2 million bpd, up 130% from a year earlier.

“Most of these shipments found home in Shandong, where independent refiners have turned to discounted grades since the second half of 2022 amid sluggish domestic demand and depressed refining margins,” the company said.

The press department of China’s Foreign Ministry, in response to a request for comment, said: “The legitimate and reasonable cooperation between China and Iran under the international legal framework deserves respect and protection,” without directly addressing Reuters query on China’s record Iranian oil purchases.

A revived nuclear deal would allow Iran to boost sales to former buyers like South Korea and Europe.

Still, talks have been at a stalemate since September, and Washington’s special envoy for Iran said in November Tehran’s crackdown on anti-government protesters and the sale of drones to Russia have turned Washington’s focus away from the deal.

Following Trump’s removal of the United States from the nuclear deal and reimposition of sanctions, Iran’s crude exports fell back to as little as 100,000 bpd at times in 2020 from over 2.5 million bpd in 2018, according to tanker trackers.