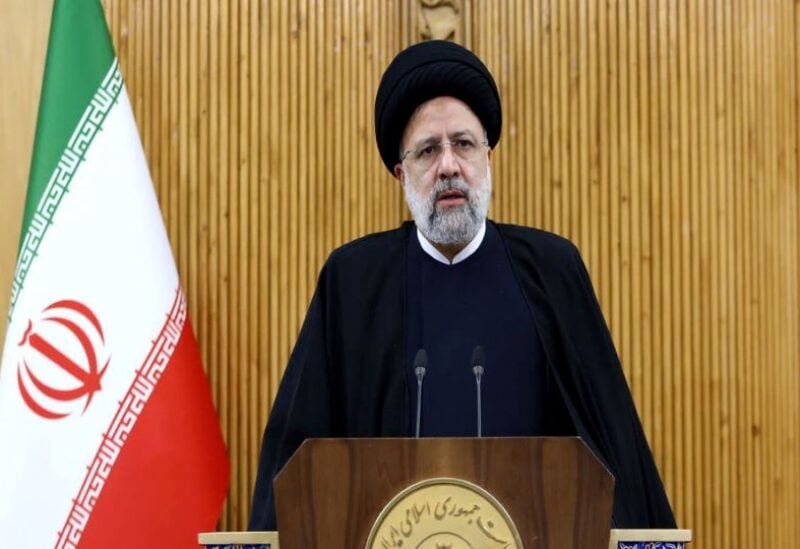 Accusing him of involvement in the massacre of thousands of Iranian political prisoners in 1988, an Iranian opposition group has filed a lawsuit in the US against Iran’s President Ebrahim Raisi,

The lawsuit, filed in the State of New York last week, alleges that 30,000 people who opposed the Iranian regime were put to death unjustly and without due process in the notorious Evin and Gohardasht prisons in Tehran. Raisi was elected president of Iran in August 2021.

Soona Samsami, a representative in the US of the National Council of Resistance of Iran, said that in the summer of 1988, Supreme Leader Ayatollah Khomeini issued a fatwa ordering that all Mujahedin-e Khalq members and sympathizers who remained loyal to the organization be executed immediately. Thousands were hanged in the three months that followed, she added.

“The MEK and the NCRI have been calling for justice for the 1988 massacre since the early days (after it happened),” Samsami said during a press conference on Thursday to announce the lawsuit, which Arab News attended.
“This campaign for justice will continue until this regime is overthrown and freedom and democracy is established in Iran.

“This lawsuit is one step in this campaign, which we will continue with the help of our compatriots until the criminal leaders of this regime, including Raisi and (Supreme Leader Ali) Khamenei, are brought to justice.”

The plaintiffs in the case are survivors of the massacre and relatives of some of the men and women who were killed. They include citizens of the US, Canada, the UK, Germany and Switzerland.

“For a crime of this magnitude, there has to this date been no justice,” said Steven M. Schneebaum one of the lawyers representing the victims.

“This lawsuit in the United States, brought by these plaintiffs against this defendant, to be heard by a federal judge, is a small step toward that goal.”

He said that he hopes Raisi will travel to New York City in September to attend the 77th session of the UN General Assembly so that the complaint against him can be served in person.

The lawsuit alleges that Raisi was a deputy prosecutor in Tehran at the time of the killings and therefore a member of the “Death Commission,” a group of four people who oversaw the convictions and executions of prisoners. The charges have been filed against him, individually, rather than against the regime as a whole.

Plaintiff Ahmad Hassani, an Iranian who is now a Canadian citizen, told how his brother, Mahmoud, a 21-year-old student at Tehran University, was tortured and hanged in prison for his political activities in support of the MEK.

“I join the tens of thousands of families of the victims, and those who survived the massacre, to demand accountability,” he said. “The United Nations must lunch an investigation into this manifest case of crimes against humanity.”

Fellow plaintiff Sheila Neinavaie, an Iranian-American citizen, said she spent eight years in Iranian prisons in the 1980s, where she was tortured and abused from the age of 15.

“What I saw and experienced still wakes me up at night and flashbacks brings tears to my eyes,” she said.

The lawsuit against Raisi is likely to face legal and political challenges, as some of the speakers at the conference acknowledged. Raisi’s status as president of Iran means he could claim legal immunity under the 1961 Vienna Convention on Diplomatic Relations, to which the US is a party. This could shield him from prosecution.

The US and Iran are currently engaged in protracted negotiations for a possible US return to the 2015 Joint Comprehensive Plan of Action, also known as the Iran nuclear deal, and this might further complicate efforts to prosecute Raisi. Former US President Donald Trump withdrew the US from the agreement in 2018.

The Judge assigned to the case against Raisi has scheduled a preliminary hearing for Nov. 15.