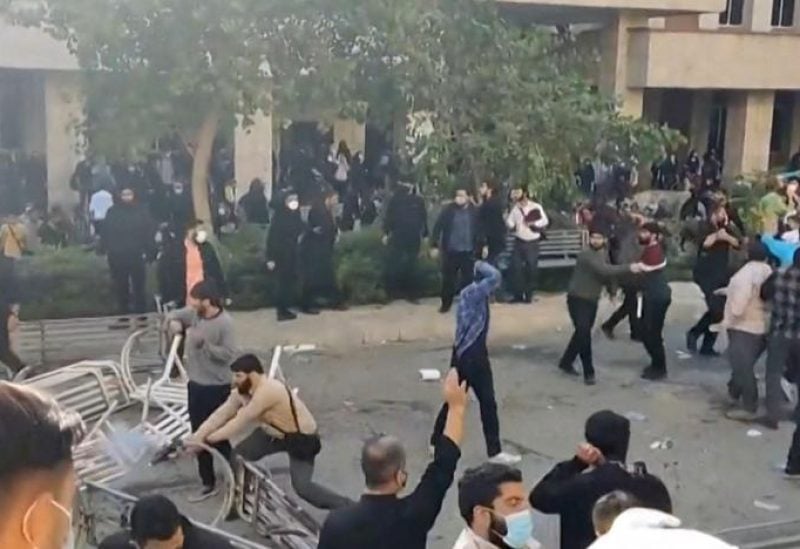 A human rights organization confirmed that at least one person was killed in the renewed Iranian protests, early on Wednesday, as Iranians took to the streets to celebrate the defeat of the their national football team in front of the United States.

Several Iranian cities witnessed protests to celebrate the exit of the Iranian national team from the World Cup.

Reports noted that the Iranian national team players were subjected to pressure from officers in the Revolutionary Guard after their first match against England, which they lost by six goals. The Iranian team tried to restore some of its balance in the match with Wales, winning 2-0, before being defeated by the US and eliminated from the world tournament.

After the defeat of the team, which some Iranians called the “national team of the Islamic Republic”, residents in north and west Tehran chanted slogans against the regime, while numerous videos on social networks showed the celebrations in roads and residential neighborhoods.

The Oslo-based Iran Human Rights confirmed the killing of Mahran Sammak, 27, during a festive gathering in the port of Anzali in the north of the country, noting that he was wounded in the head after security forces opened fire on the demonstrators. Reports said he was hit while driving his car.

Meanwhile, documents obtained by hackers from an agency affiliated with the Revolutionary Guard revealed that 84 percent of Iranians believe that the protests were the way out of the current situation.

One of the documents refers to a confidential news brief prepared by the agency for the commander of the Guard, Hossein Salami, and contains internal news, official statements and figures, including statistics on the protests.