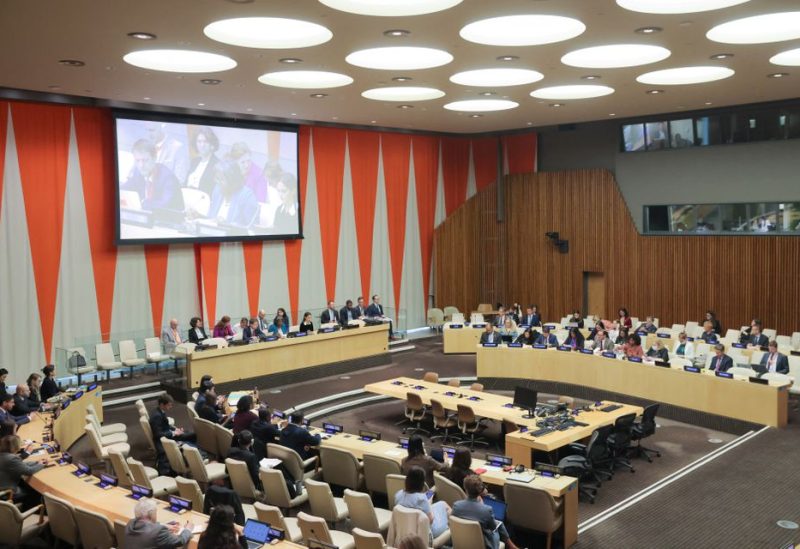 As Washington lobbies for Tehran to be punished for its denial of women’s rights and brutal crackdown on protests, a U.S. push for Iran to be removed from a U.N. women’s equality and empowerment body will be voted on on December 14, diplomats said on Monday.

In a draft resolution that was circulated by the United States on Monday and obtained by Reuters, the country also condemns Iran’s actions for being “flagrantly contrary to the human rights of women and girls and to the mandate of the Commission on the Status of Women.”

Iran has just started a four-year term on the 45-member commission, which meets annually every March and aims to promote gender equality and the empowerment of women.

The U.S.-drafted resolution would “remove with immediate effect the Islamic Republic of Iran from the Commission on the Status of Women for the remainder of its 2022-2026 term.”

The 54-member U.N. Economic and Social Council (ECOSOC) will vote on whether to oust Iran from the commission.

“The U.S. and others have been actively working the phones to garner support to remove Iran from the U.N. Commission on the Status of Women,” said a U.N. diplomat, speaking on condition of anonymity. “It seems like they’re making traction – including with some initially hesitant countries.”

Iran has been gripped by protests since the death of 22-year-old Kurdish woman Mahsa Amini in police custody in September. The unrest has turned into a popular revolt by Iranians from all layers of society, posing one of the boldest challenges to the clerical leadership since the 1979 revolution.

The Geneva-based U.N. Rights Council last week voted to appoint an independent investigation into Iran’s deadly repression of protests, passing the motion to cheers of activists. Tehran accused Western states of using the council to target Iran in an “appalling and disgraceful” move.