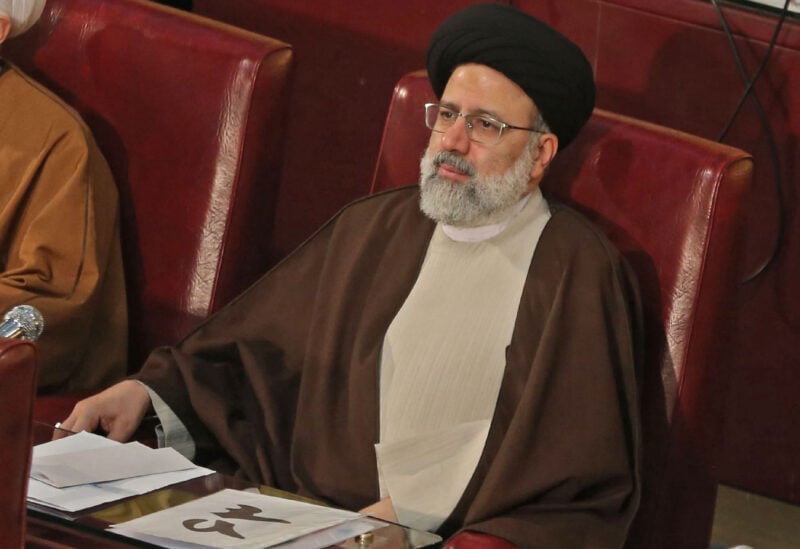 Iran’s hard-line judiciary chief Ebrahim Raisi declared his candidacy on Saturday for next month’s presidential election, which is seen as a test of the legitimacy of the country’s clerical rulers.
“I have come as an independent to the stage to make changes in the executive management of the country and to fight poverty, corruption, humiliation and discrimination,” Raisi was quoted as saying in a statement by local media.
Raisi, 60, a mid-ranking cleric in Iran’s Shi’ite Muslim establishment, has yet to officially register to run in the June 18 election.
Appointed by Supreme Leader Ayatollah Ali Khamenei as head of the judiciary in March 2019, Raisi has emerged as one of Iran’s most powerful figures and a contender to succeed Khamenei.
He lost to Hassan Rouhani in the 2017 presidential election.
Earlier, former parliament speaker Ali Larijani registered his candidacy, hoping to secure backing from both moderates and hard-liners and bridge the gap between them.
The registration of Larijani, a former nuclear negotiator and adviser to Supreme Leader Ayatollah Ali Khamenei, was broadcast live on state television.
Saturday is the last day for candidates to sign up to run in the election.
The vote takes place amid rising popular discontent over an economy crippled by US sanctions re-imposed after Washington left a nuclear deal between Iran and major powers three years ago. This may dent the hopes of the nation’s clerical rulers for a high turnout.
After registration ends, entrants will be screened for their political and Islamic qualifications by the 12-member Guardian Council vetting body. Six of the members of the hard-line body are appointed by Khamenei.