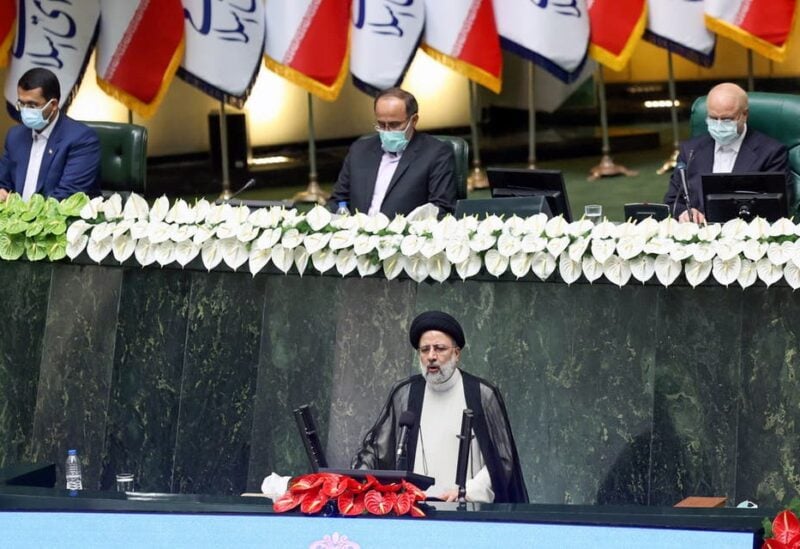 Raisi, elected in June, was sworn in last week before parliament as Iran’s eighth president.

The parliament will is required to review and approve Raisi’s nominations. His choices are not expected to face any opposition from a parliament that is considered ideologically aligned with the president.

Among the key nominees is Hossein Amir-Abdollahian, a diplomat reportedly close to the Islamic Revolutionary Guard Corps (IRGC). He will replace Mohammad Javad Zarif as foreign minister.

Raisi has chosen Javad Owji as oil minister and Ahmad Vahidi as interior minister, according to the list of proposed ministers published by IRNA. Owji is a former deputy oil minister and managing director of the state-run National Iranian Gas Company, while Vahidi is a former defense minister who has also served as the head of the Quds Force, the overseas arm of the IRGC.