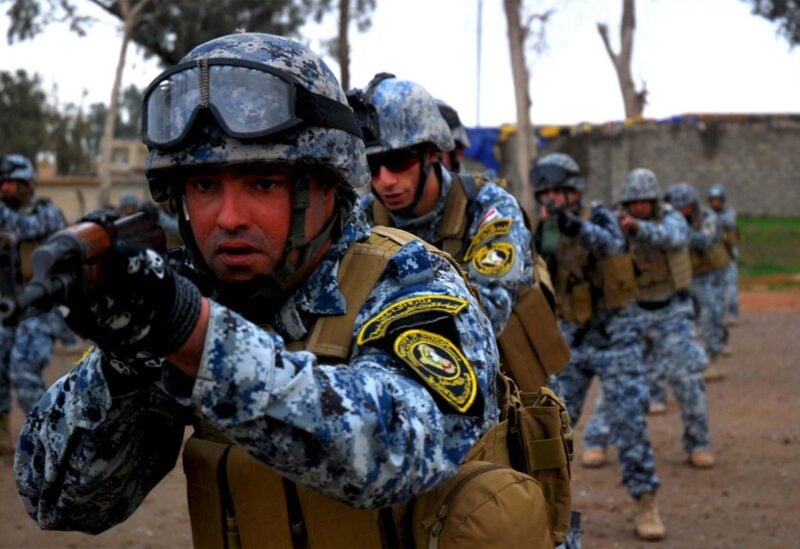 BAGHDAD: An Iraqi drug trafficker being escorted to court made a daring escape Monday when associates posing as soldiers forced police to hand him over, a police official said.

The trafficker, who was not named but who is believed to be backed by a powerful armed faction, was arrested on Sunday in possession of a “large quantity of drugs” in the southern province of Missan, the official said.

On Monday, a force of around 100 policemen were escorting him to a court in Amara, the province’s capital, when armed men dressed as soldiers ambushed the convoy, forcing agents to hand him over, this police source explained.

“They arrived in four 4X4 vehicles, all of them armed, and the police who numbered about 100 had no other choice but to surrender their prisoner,” he said.

He said the armed men were acting on behalf of “a powerful” faction, which he declined to identify for security reasons and fear of reprisals.

Missan, one of Iraq’s poorest provinces, is a haven for drug traffickers linked to powerful pro-Iran groups who impose their rule on local authorities.

Drug consumption was rare in Iraq during the reign of dictator Saddam Hussein, with both users and dealers facing the death penalty if found guilty.

But after Saddam’s ouster in 2003 drug consumption boomed across Iraq, which had long been a transit route for drugs making their way into Europe from Afghanistan and Iran.

In 2017, Iraq stopped issuing the death penalty for drug users and dealers, opting for prison sentences.

Elsewhere on Monday, three policemen were shot and wounded during a raid at the home of a suspected drug dealer in Baghdad, medical sources said.