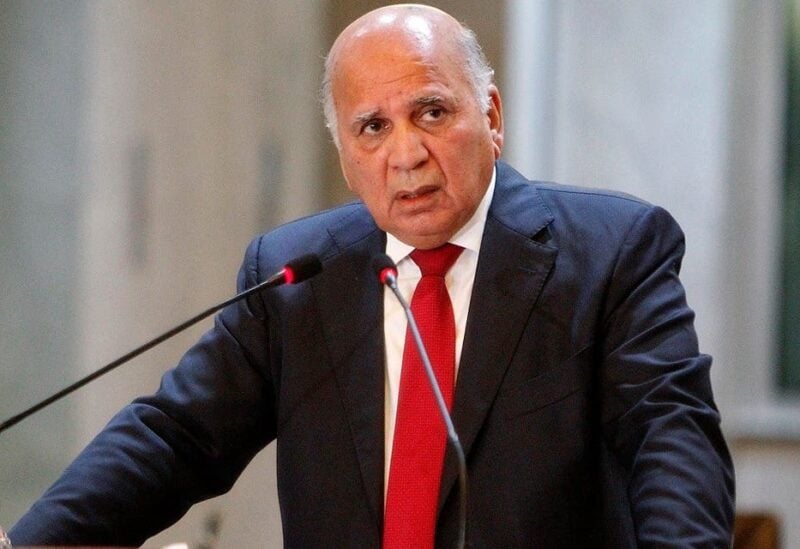 Iraq's Minister of Foreign Affairs Fuad Hussein speaks during a handover ceremony of looted Iraqi antiquities returned by the United States, at the Ministry of foreign Affairs in the capital Baghdad, on August 3, 2021. (AFP)

“It is expected, based on some speculation, that Iraq’s foreign minister will present an invitation to Tehran authorities for Iran to join an international summit in Baghdad,” it added.

Iran’s official news agency IRNA gave no details of the agenda for Zarif’s talks with Hussein.

Baghdad has said that French President Emmanuel Macron will attend the planned summit, and that Turkey’s Recep Tayyip Erdogan and Saudi Arabia’s King Salman have also been invited

No date for the meeting has yet been announced.

Iraq is seeking to establish itself as a mediator between Arab countries and Iran.