Iraq groups’ use of drones raises US concern 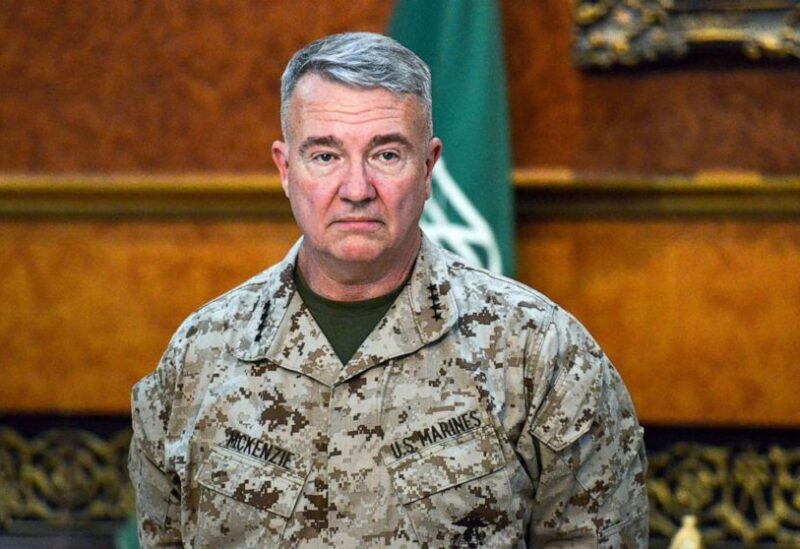 US Central Commander, General Kenneth McKenzie, said that his country is worried about armed groups’ use of small drones to attack military bases in Iraq.

He added: “We are seeing pressure from Iranian-affiliated militant groups that want to push us out of Iraq, and the latest manifestation of that has been the use of small unmanned aerial systems, or drones. Some of them are very small, some are a little bit larger – all can be very lethal,” General McKenzie told reporters on Monday, noting that the American troops are in Iraq at the invitation of the Iraqi government.

Last Sunday, two drones were destroyed above a base housing US troops, one month after the same base was targeted by an armed drone.
The US military’s C-RAM defence system was activated to shoot down the drones above the Ain al-Assad base, located in Iraq’s western desert, the Iraqi military said.
Several hours earlier a rocket was shot down above Baghdad airport, “without causing casualties or damage,” said Colonel Wayne Marotto, spokesman for the US-led military coalition in Iraq.

There are currently 2,500 US troops in Iraq, feeding into total coalition troop strength of 3,500.
The US consistently blames Iran-linked Iraqi factions for rocket and other attacks against Iraqi installations housing its personnel.
Since the start of this year there have been 39 attacks against US interests in Iraq.
The vast majority have been bombs against logistics convoys, while 14 were rocket attacks, some of them claimed by pro-Iran factions, who aim to pressure Washington into withdrawing all their troops.
For Western diplomats and high-ranking military officials in Iraq, the attacks are not only a danger to US personnel, but they also compromise the fight against Daesh, which retains sleeper cells in mountainous and desert areas.
“Those attacks are a distraction,” said one such source. “The only people they are helping are jihadists because every time they attack a base where the coalition has advisors, those advisors have to stop what they are doing to concentrate on force protection.”
The use of drones against American interests by Iran-linked factions is a relatively new tactic.
The US military has previously accused pro-Iran Iraqi groups of helping Yemen’s Huthi rebels carry out attacks using such devices against Saudi interests.