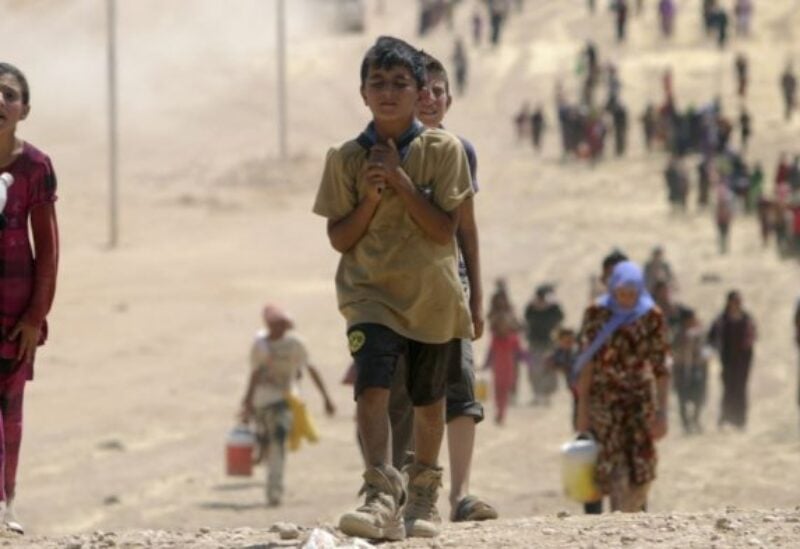 The remains of 41 Yazidis, which had recently been found in a mass grave left by Daesh in the small village of Kojo in the Sinjar Mountains, were burried in a formal funeral procession, attended by hundreds of people.
The victims’ remains were identified through DNA tests.
Drums could be heard and traditional flutes played as Iraqi soldiers carried 41 wooden coffins.
Portraits of the victims – both men and women – were placed in front of each coffin before they were lowered into the ground.
Flowers and the Iraqi flag were laid on top of the coffins.
The victims were buried in the village school, which has been turned into a museum in honour of the victims of the Kojo massacre.
In the summer of 2014, Daesh took control of Sinjar and a third of Iraq killing thousands of victims and burying them in mass graves.
According to the authorities, as many as 7,200 people, including about 3,000 Yazidis, are still missing in Nineveh Governorate, where Kojo and Mosul are located, which the extremist group took as the “capital” of its so-called caliphate.