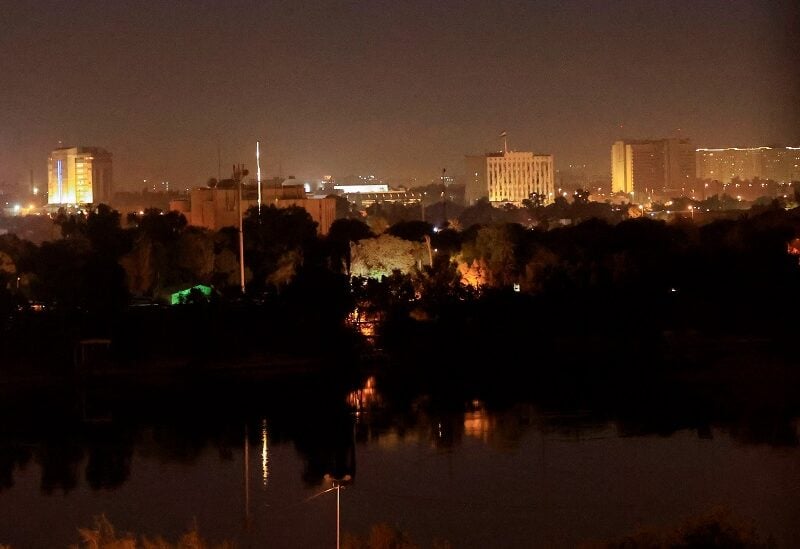 A view of the Green Zone in Baghdad, Iraq August 29, 2022. REUTERS/Thaier Al-Sudani

A nationwide curfew was declared by the Iraqi army, after supporters of Shiite cleric Moqtada Sadr stormed the government building in Baghdad’s Green Zone. The curfew came into effect from 7 pm local time (1600 GMT) on Monday, August 29. The protests erupted on the same day of declaration from Sadr of a political exit.

The curfew was declared after firing inside Green Zone. The firings have claimed 15 lives till now.

The influential Shiite cleric took to Twitter on Monday to declare his full withdrawal from political life.

“I’ve decided not to meddle in political affairs. I, therefore, announce now my definitive retirement,” read Sadr’s tweet
The surprise move came even as his supporters continued to block the Iraqi parliament.

Inside the palace, protesters lounged in armchairs in a meeting room, with others waving Iraqi flags and taking photographs of themselves — while others cooled off in a pool in the garden, an AFP photographer said.

As several thousand other loyalists — many shouting “Moqtada, Moqtada” — headed towards the Green Zone, an AFP journalist reported, the army announced “a full curfew in the capital Baghdad” starting from 3:30 pm (1230 GMT).

Iraq is in a political deadlock since legislative elections in October last year. This has left the country without a government, president or a prime minister. There is disagreement between several factions over the formation of a coalition.
Witnesses told AFP that the shots were fired by supporters of a rival Shiite bloc, the pro-Iran Coordination Framework, hours after Sadr announced his “definitive retirement” from politics amid a protracted political crisis.