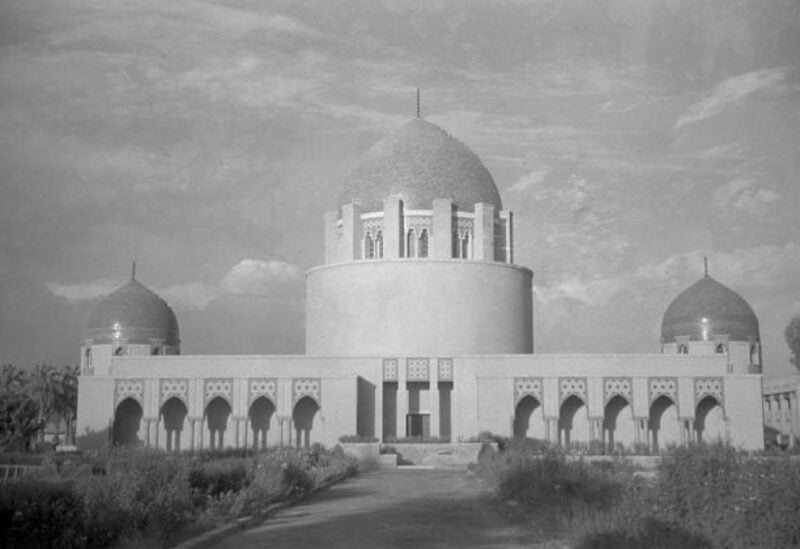 New asphalt covers the roads leading to the Royal Cemetery in Baghdad, a common indication in Iraq of an imminent visit by a prominent figure, while dozens of workers were applying fresh paint to the sidewalks and planting flowers.

The cemetery holds the remains of King Faisal I, founder of modern Iraq, his son Ghazi, and grandson Faisal II, who are all direct cousins of King Abdullah II of Jordan who is due to visit Baghdad this week

King Abdullah I of Jordan and King Faisal I of Iraq were brothers who were installed as kings of the two countries by the British after the First World War – a reward for the help that their father, Sherif Hussein of Makkah, offered during the conflict.

The yellow-bricked mausoleum with its three turquoise domes was built between 1934 and 1936 and based on Islamic architecture. It has an arched gateway that leads to a circular, white and black marbled floor. The cemetery was neglected for decades, its sprawling garden overrun with weeds. Saddam Hussein’s regime used to open it for short periods for public or high-profile visitors. Jordan’s black, white and green horizontal flag with a red triangle extending from the mast side is hoisted next to the country’s current flag on the main gate. Two fountains were erected inside the garden along the paved way leading to the mausoleum. The site is heavily guarded by security forces who block the surrounding streets. Along with the three kings, some of the old Iraqi royal family’s princes and relatives as well as prominent military officers are also buried there. After King Faisal’s death in 1933, his son Ghazi ascended the throne and reigned until 1939 when he was killed in a car crash

His son Faisal II, known as the “boy king”, because he was only three years old when his father died, reigned from 1939 to 1958 and was executed with alongside several family members after a military coup by Abdul Karim Qassem, who then announced the republic of Iraq. The coup ended the Hashemite Arab Federation between Iraq and Jordan that had been established only six months earlier. .

King Abdullah’s visit to the cemetery of his cousins would be the first for him as he follows a tradition by his late father King Hussein who visited the graveyard many times during his lifetime.

The visit comes as Iraq engages in extensive talks with Jordan and Egypt for economic co-operation , mainly in the energy sector, but no major progress has yet been made