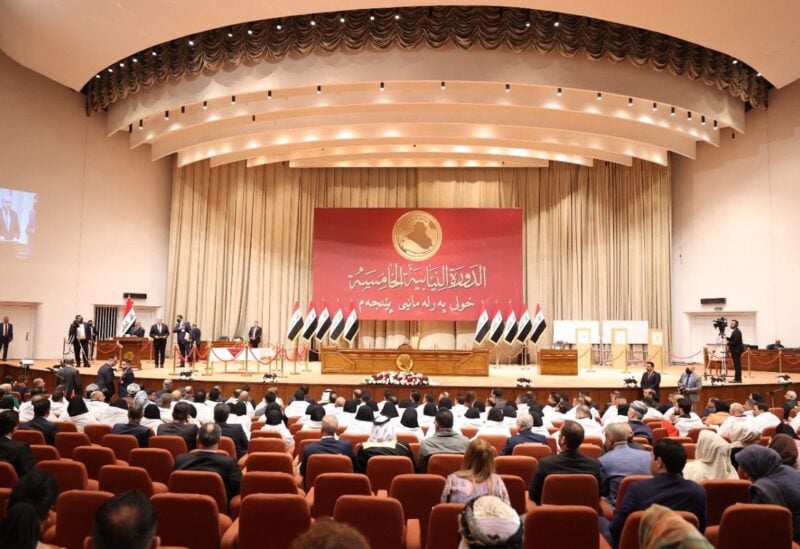 The alliance of Takaddom led by former Speaker of Parliament Muhammad Al-Halbousi, and Al-Azm led by businessman Khamis Al-Khanjar, which are the two largest Sunni blocs in the Iraqi parliament, condemned yesterday the repeated attacks on its leaders and their offices and called for the perpetrators to be prosecuted

The two parties called for the “terrorist group” to be held accountable for the attack on the office of Sheikh Abdul Karim Abtan MP without delay. “Using these criminal methods to change our way forward will not succeed,” they insisted, “and will not deter us from our objectives to build a strong, sovereign state without suspicious agendas, free of terrorism and easily available weapons.”

An Iraqi security source reported earlier that unknown persons threw a hand grenade into Abtan’s office south of the capital Baghdad. There were no casualties. The offices of Takaddom, Al-Azm and the Kurdistan Democratic Party faced similar attacks on Thursday and Friday.

Reports emerged last week that the Sadr bloc led by Muqtada Al-Sadr has entered into an undeclared alliance with Takaddom, Al-Azm and the Kurdistan Democratic Party to form the next government. The bloc came first in the last parliamentary election.