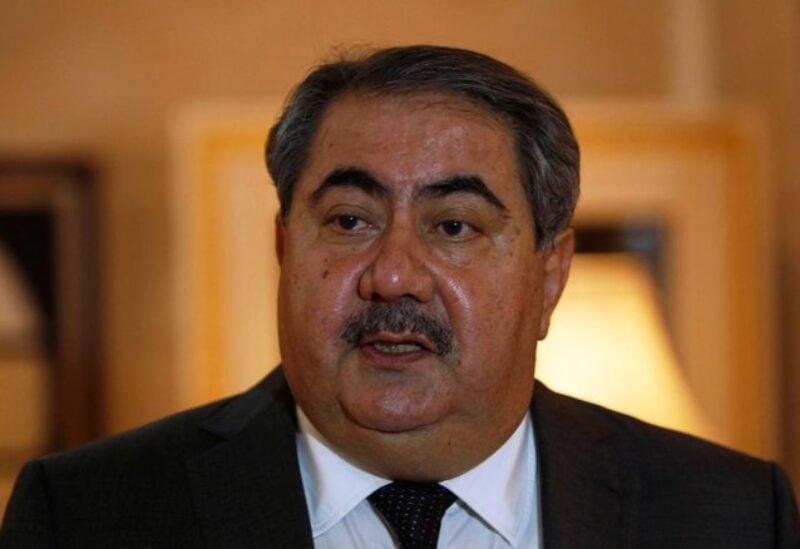 After a complaint filed against him over corruption charges, Iraq’s supreme court on Sunday ruled out a bid by veteran politician Hoshyar Zebari to run for president.
Zebari, 68, who served as foreign minister for a decade after the 2003 US-led invasion that toppled dictator Saddam Hussein, was previously “suspended” from the race on February 6, on the eve of the scheduled date for a presidential vote in parliament in which he was the favorite.
MPs submitted a complaint against Zebari before the supreme court, on the grounds that his participation would have been “unconstitutional” because of the outstanding corruption charges and on the basis of reputation.
“The federal court decided in its verdict to invalidate the candidacy of Hoshyar Zebari to the post of president of the republic,” state news agency INA announced.
On Tuesday, parliament announced the reopening of registration for candidates to the largely ceremonial post of president that is reserved for Iraq’s Kurds, after a delay for lack of a quorum.
Zebari, also a former finance minister, was initially tipped as a favorite out of a total of 25 candidates, along with incumbent President Barham Saleh.
The complainants cited Zebari’s 2016 dismissal from the post of finance minister by parliament “over charges linked to financial and administrative corruption.”
Public funds worth $1.8 million were allegedly diverted to pay for airline tickets for his personal security detail.
The complaint also cited at least two other judicial cases linked to Zebari.
“I have not been convicted in any court,” Zebari said in a television interview last week, as the charges resurfaced on the eve of the scheduled election, alongside forecasts that he would unseat Saleh for the four-year posting.
A new date for MPs to elect a president has yet to be announced, and no fresh candidate list has been released.
Iraqi politics have been in turmoil since general elections were held in October.
The polls were marred by record-low turnout, post-election threats and violence, and a delay of several months until final results were confirmed.
Intense negotiations among political groups have since failed to form a majority parliamentary coalition to name a new prime minister to succeed Mustafa Al-Kadhimi.