Iraqi-Iranian Agreement on ‘Achieving Stability in the Middle East’ 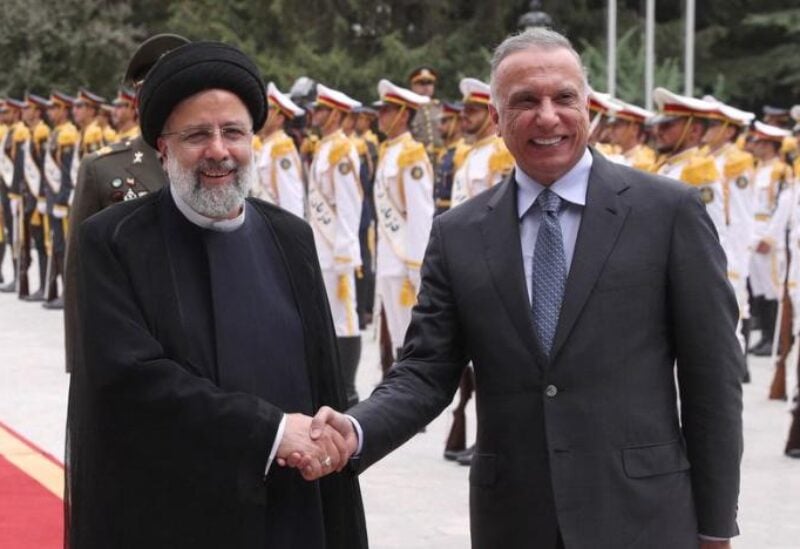 “We have agreed to work together to bring stability and calm to the region,” Kadhimi said in a joint televised news conference with Raisi.

Kadhimi arrived in Tehran after visiting Saudi Arabia’s Jeddah to discuss regional and bilateral issues. The premier is being accompanied by a high-level delegation comprising political and economic officials.

According to a statement carried by the Iraq News Agency (INA), the meeting reiterated commitment to supporting the armistice in Yemen and reinforcing peace efforts there. It also affirmed that a peace solution for the Yemeni crisis must stem from the internal will of Yemenis.

“We also agreed to make joint efforts to meet the challenges of food security posed by the Ukraine war,” said Raisi, according to Iran’s presidential website.

“Good bilateral and regional relations between Iraq and Iran can be very effective in role-playing of the two countries in the region and international issues,” added the president.

Raisi stressed the need to resolve the problems of the Yemeni people as soon as possible and establish a ceasefire in the country.

“Lifting the siege of Yemen and the Yemenis, and the Yemeni-Yemeni dialogue can solve the problems of this country and end the suffering of Yemeni people,” said Raisi.

“Without a doubt, the continuation of this war is fruitless and will not result in anything but the suffering of the Yemeni people, so this war must be ended as soon as possible and the ceasefire can be a step towards resolving the issues,” he added.