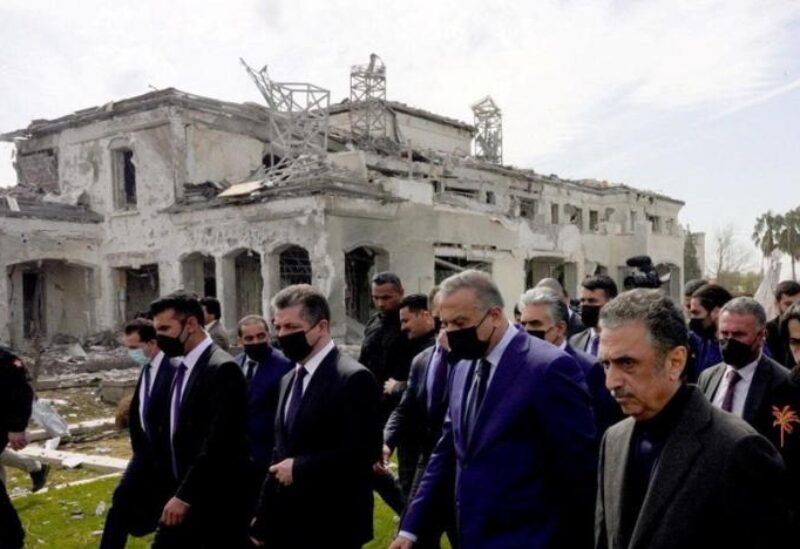 Iraq’s prime minister met with Kurdish officials on Monday and inspected the site of an Iranian missile attack near the American consulate in the northern Iraqi city of Erbil.

Mustafa al-Kadhimi was received by Masrour Barzani, prime minister of the semi-autonomous Kurdish-controlled region. The Iraqi premier also inspected damage caused by some 12 ballistic missiles that landed near the US consulate, which is new and unoccupied, and caused damage to a nearby local television channel.

Iran claimed responsibility for Sunday’s the missile barrage, calling it retaliation for an Israeli strike in Syria that killed two members of its Revolutionary Guard earlier last week.

No injuries were reported in the attack on the city of Erbil. But it marked a significant escalation between the US and Iran and upset Iraq’s leadership which called it a “violation of international law and norms” and summoned the Iranian ambassador to Baghdad in protest. Hostility between the US and Iran has often played out in Iraq, whose government has good ties with both countries.

A government official in Baghdad said Kadhimi’s visit to Erbil Monday was meant to express solidarity with the Kurdistan region and show support for its government.” The official spoke on condition of anonymity because he was not authorized to comment on the visit.

The United States also condemned the attack. National Security Advisor Jake Sullivan said in a statement the attack targeted a civilian residence in Erbil “without any justification.”

“We will support the Government of Iraq in holding Iran accountable, and we will support our partners throughout the Middle East in confronting similar threats from Iran,” he said.

US Secretary of State Antony Blinken on Sunday called Kadhimi and Barzani to express solidarity and denounce the attacks.