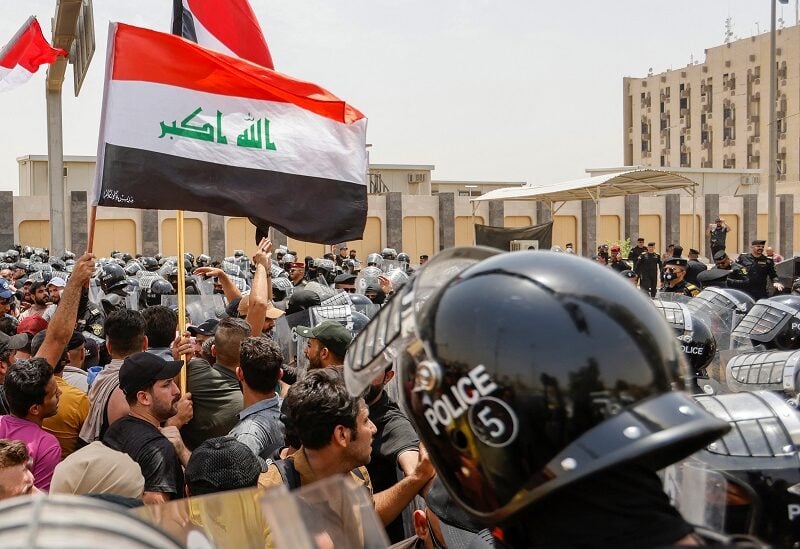 Hundreds of Iraqi demonstrators, most of them followers of the Iraqi Shia leader Muqtada al-Sadr, have stormed the parliament building in Baghdad to protest against the nomination for prime minister by Iran-backed parties.

No lawmakers were present in parliament when the protesters penetrated the capital’s high-security Green Zone, home to government buildings and diplomatic missions, on Wednesday.

Only security forces were inside the building, and they appeared to allow the protesters in with relative ease.

The protesters oppose the candidacy of Mohammed Shia al-Sudani, a former minister and ex-provincial governor, who is the pro-Iran Coordination Framework’s pick for premier.

Prime Minister Mustafa al-Kadhimi called on the protesters to “immediately withdraw” from the Green Zone.

He warned in a statement that security forces would see to “the protection of state institutions and foreign missions, and prevent any harm to security and order”.

But since the vote, talks to form a new government have stalled and al-Sadr has stepped down from the political process.

Protesters on Wednesday carried portraits of the Shia leader.

Riot police earlier used water cannons to repel demonstrators pulling down cement blast walls. But many breached the gates to the area. The demonstrators walked down the Green Zone’s main thoroughfare, with dozens gathering outside the doors to the parliament building.