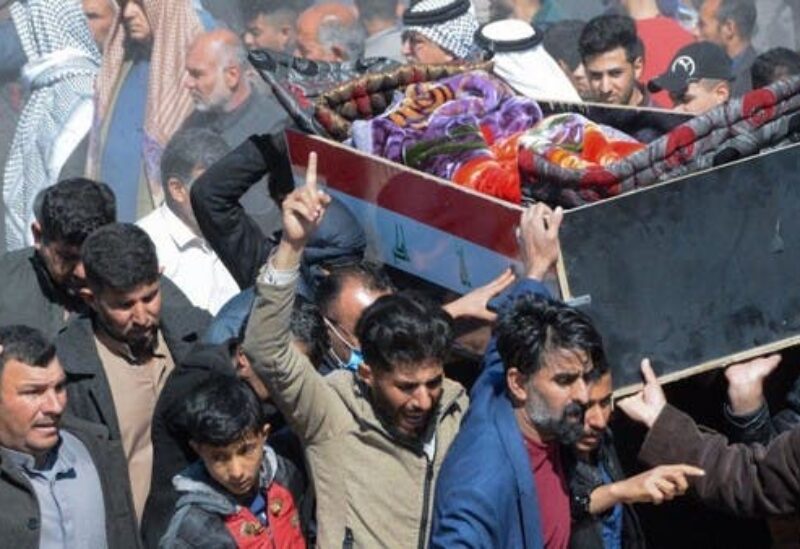 Hundreds of mourners attended funerals in a village north of Iraq’s capital Saturday for eight people killed in attacks claimed by ISIS, an AFP reporter said.

The attacks took place on Friday and killed six members of the same family, including two women, along with a lawyer and a policeman.

Witnesses said men in military uniform had carried out the three attacks on the victims’ homes in the village of Al-Bou Dor.

The Iraqi military said it was a revenge attack ordered by a village resident who had been driven out by neighbors who accused him of being an ISIS member.

An ISIS statement said those targeted on Friday had been spying for the Popular Mobilization Unit (PMU) militia, a Shia-led coalition force that played a key role in 2017 in ending the extremists’ control of swathes of Iraqi territory.

ISIS attacks in urban areas have since dramatically dropped, but Iraqi troops have continued to battle sleeper cells in the country’s mountainous and desert areas.