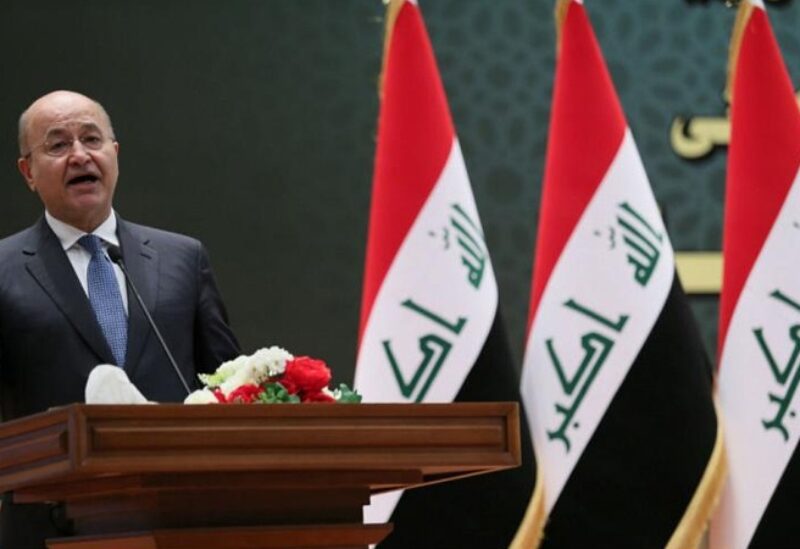 Iraq has lost nearly $150 billion since 2003 due to embezzlement, President Barham Salih said on Sunday as he called for the formation of an international anti-corruption coalition to help track and return the funds.

“150 billion dollars have been smuggled out of the country, especially from the oil sector, due to corrupt deals,” Mr Salih said during a press conference in Baghdad.

“Corruption is not less dangerous than terrorism, it is the political economy of violence. State institutions must take a serious, decisive and resolute stand to confront this,” he said.

“It is corruption that pushed thousands of protesters to leave their homes and to demand for a homeland that is free of corruption,” he said.

In late 2019, thousands of mostly young Iraqis took to the streets their anger and frustration at the government’s inability to provide basic public services and employment opportunities.

They also called for the removal of the ruling elite which they see as corrupt and for an end to foreign interference in the country’s internal affairs.

Mr Salih called for the creation of an international anti-corruption coalition to help Iraq track and recover the stolen funds.

A draft law is currently being submitted to ensure that practical, proactive and deterrent measures will be taken to recover the stolen money, according to the Iraqi president.

The law will seek to address widely held concerns, it includes practical measures to deter corruption as well as methods to recover stolen funds and provide the necessary tools to Iraq’s legal system and relevant institutions to proactively combat the theft of people’s wealth, he added.

“The bill seeks to recover corruption funds through agreements with states and cooperation with international bodies,” Mr Salih said.