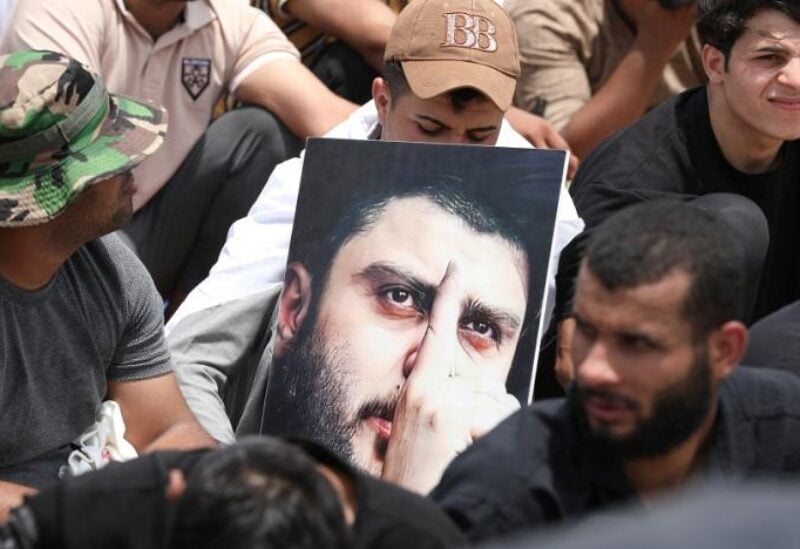 Cleric Moqtada al-Sadr, head of the Sadrist movement, called on Iraqi former Prime Minister Nouri al-Maliki to turn himself over to the judiciary in wake of his explosive and damning voice recordings.

Known as the “Maliki WikiLeaks,” the recordings of the former premier include threats to Sadr and sharp criticism of the Popular Mobilization Forces.

Sadr had initially dismissed the recordings, calling on his supporters to do the same, saying he had “no regard” for Maliki.

He appeared to have shifted his position on Monday, posting a number of scathing tweets.

“We were completely astonished that the threat would come from the al-Dawa party of the Al Sadr, specifically from a senior figure, Maliki,” said Sadr, in reference to his uncle, Mohammed Baqir al-Sadr’s founding of the Dawa party in 1957.

He called for “putting out the strife”, threatened to be ignited by Maliki’s remarks, “through joint condemnation by the leaders of blocs that are allied to him and by the elders of his tribe.”

“The condemnation should not be limited to his accusations that I am an Israeli agent, or having killed Iraqis, even though I saved their lives, including Maliki’s, in a past conflict in which he was the mastermind,” continued the cleric.

“Above all, Maliki violated the Iraqi security forces, accused the PMF of cowardice, incited strife and inter-Shiite fighting,” said Sadr.

Moreover, it was said that future recordings will even include threats to religious authorities.

Sadr urged his followers against attacking Maliki, whom he advised to quit political life and seek forgiveness from God or turn himself and corrupt associates over to the judiciary.

“Perhaps it may be an act of repentance before God and the Iraqi people,” Sadr added.

The cleric’s tweets appear to confirm the authenticity of the recordings, which put Maliki in a very tight spot.

The former PM had recently been offering statements of denial and apologies to Sadr and the PMF factions, which he described in the recordings as a “nation of cowards.”

He had to retract his words on Monday, describing the PMF as a “nation of mujahideen and martyrs”.

Maliki will likely have to issue more of these statements and tweets in the coming days as more recordings are expected to be posted.

Journalist Ali Fadhel has been posting around a minute of recordings a day. He says he has 48 minutes worth of voice recordings.

Analyst Nizar Haidar revealed to Asharq Al-Awsat that even more damning recordings of Maliki will be released, confirming that there are even videos that implicate him even further.

On Sunday, two lawyers filed complaints to the judiciary over Maliki’s statements.

On whether he can be pursued legally, a rights expert told Asharq Al-Awsat he “does not agree with claims that recordings are not enough evidence to accuse Maliki of terrorism.”

“Had similar evidence been submitted against any other person, they would have been sentenced to death within days,” he said on condition of anonymity due to the sensitivity of the issue.

“Yes, the recordings may not be enough evidence to accuse him of terrorism, but they are enough for the case against him to go forward,” he added.

Such cases demand that the suspect be arrested immediately so that they can be prevented from influencing the probe and witnesses, who in turn, must be protected and encouraged to testify.