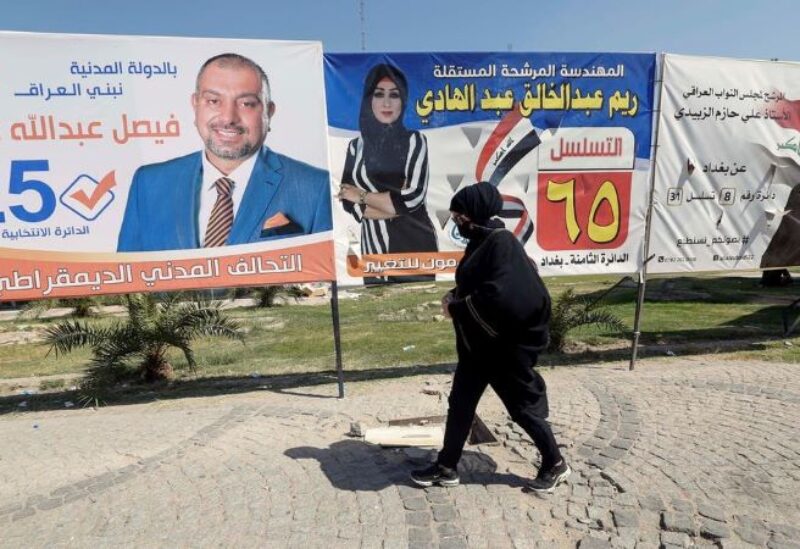 A woman walks near election campaign posters ahead of the parliamentary election, in Baghdad,

The Hashed al-Shaabi ex-paramilitary alliance’s plea to challenge its defeat in the October 10 parliamentary election was denied by Iraq’s Supreme Court on Monday.

“The Federal Court has decided to dismiss the lawsuit… and make the plaintiffs face the costs,” stated Judge Jassem Mohamed Aboud as he announced the judgment.

He stated that the court “rejects the plaintiffs’ plea… not to ratify the final results of the election.” “The verdict binds all authorities.”

While the verdict is a significant step forward, it does not imply that the final results have been approved, according to an electoral commission lawyer who attended the court session.

This necessitates a formal proclamation endorsing the results, only after which the new parliament and government may be constituted.

Since the 2003 US-led war deposed Saddam Hussein, the creation of administrations in multi-confessional and multi-ethnic Iraq has included difficult discussions.
On November 30, Shiite firebrand cleric Moqtada Sadr was proclaimed the election’s greatest winner.

Sadr’s organization gained over a fifth of the assembly’s seats, 73 of of a total of 329, much outnumbering the Fatah (Conquest) Alliance, the political wing of the pro-Iran Hashed.

Hashed leaders denounced the vote, which saw them lose their 48 seats in the outgoing legislature, as a “fraud.”

The Hashed planned protests and filed an appeal against the results, citing “severe irregularities.”

It also objected to what it claimed were flaws in a new electronic voting equipment used in the election.

When parliament convenes for the first time, MPs will pick a president, who will then choose a prime minister who must be confirmed by the legislature.