Irbil missile barrage shows how dangerous a nuclear armed Iran could be, warns top US official 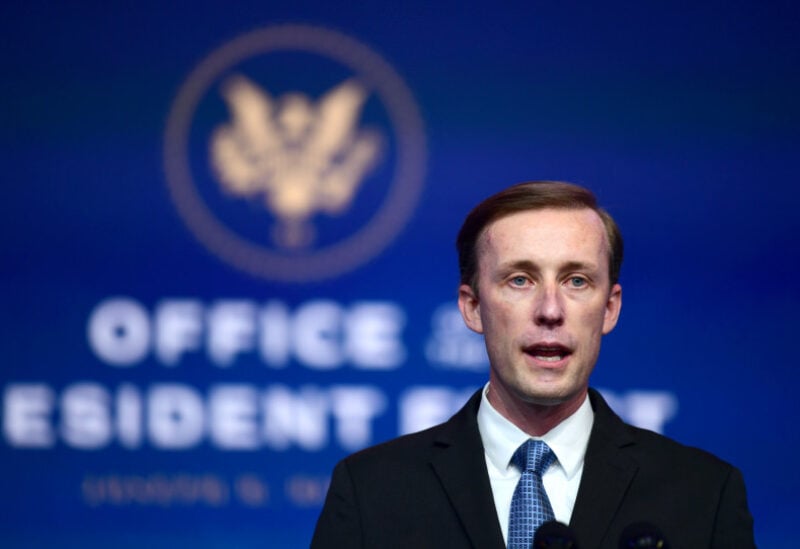 Iran’s ballistic missile attack on Iraq’s northern Kurdish regional capital of Irbil, was condemned by US National Security Adviser Jake Sullivan on Sunday, and said Washington was working to help Iraq get missile defense capabilities to defend itself.
Sullivan told CBS’s “Face the Nation” program that while no US citizens were harmed in the attack, and no US facilities were hit, the missile barrage only shows how dangerous Iran could be.
“One thing I will say is that the only thing more dangerous than Iran armed with ballistic missiles and advanced military capabilities is an Iran that has all of those things and a nuclear weapon,” he said.
Asked about the impact on negotiations over a nuclear agreement with Iran that were at an impasse, Sullivan said, “The various negotiators are back home in their capitals and we will have to see what happens in the days ahead with respect to the diplomacy around the nuclear deal.”
He said President Joe Biden remained strongly committed to stopping Iran from acquiring nuclear weapons.
Sullivan said the United States would do whatever it takes to defend its people, interests and allies.
“We are in consultation with the Iraqi government and the government in Iraqi Kurdistan, in part to help them get the missile defense capabilities to be able to defend themselves in their cities,” he said.

Gulf states have condemned Iran’s ballistic missile barrage in northern Iraq, which they described as a threat to the security of the region.
The Arab League also issued a statement condemning the attack, and vowed ‘full support’ for Iraq’s efforts to combat such attempts against its security. It also urged a probe into who was responsible for the attack that it said was ‘aimed at destabilizing Iraq.’
Bahrain, meanwhile, described the missile attack as “a cowardly terrorist act that represents a flagrant violation of international law and clearly targets the security, safety and stability of the brotherly Republic of Iraq.”
Manama said it rejectied violence and terrorism in all forms, and called on the international community to condemn such acts that aim to destabilize the region
A Kuwait foreign ministry statement expressed a “terse condemnation of the attack, and expressed solidarity with Iraq and “supporting measures it may take to safeguard its security and stability.”
Yemen’s foreign ministry also “voiced its strong condemnation of the terrorist actions aimed to disturb Iraq’s security and stability.”
“The Ministry reiterated its full solidarity with Iraq, supports all necessary measures the Iraqi government takes to counter such terrorist operations, maintain security, stability and protect the peoples,” a statement said.

More attacks
Iran’s Revolutionary Guards claimed responsibility for a dozen ballistic missiles that struck Iraq’s northern Kurdish regional capital of Irbil in the early hours of Sunday, saying it had targeted an Israeli “strategic center” and warned of more attacks.
The semi-official Tasnim news agency quoted an unnamed source as saying Iran fired 10 Fateh missiles, including several Fateh-110 missiles, which have a range of about 300 kilometers (186 miles).
The attack came several days after Iran said it would retaliate for an Israeli strike near Damascus, Syria, that killed two members of its Revolutionary Guard.
The Iranian source claimed the missile barrage resulted in multiple casualties.
But the Kurdish Interior Ministry said the missiles, which targeted the US Consulate’s new building, caused only material damage, while one civilian was injured.
Later, Lawk Ghafari, the head of Kurdistan’s foreign media office, said none of the missiles had struck the US facility but that residential areas around the compound had been hit.
Kurdish authorities insisted that Israel has no sites in or anywhere near Irbil, and accused Iran of repeatedly targeting the autonomous region without international censure.
In a statement on Twitter, the Kurdistan Regional Government accused Iran of “targeting (the) Kurdistan Region multiple times.”
“Silence” on the part of the international community would only “motivate future attacks,” it added.
Kurdistan 24 television channel, located near the US consulate, posted images on social networks
of its damaged offices, including collapsed ceilings and broken glass.