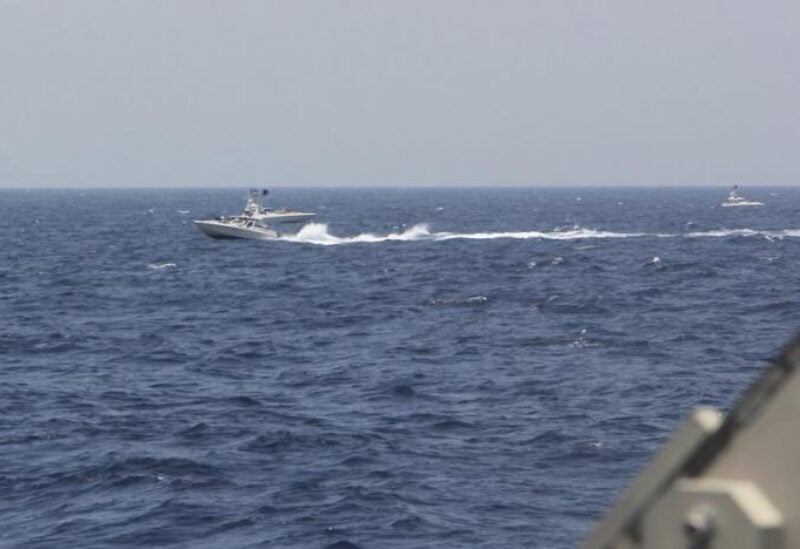 Iran’s Revolutionary Guards on Tuesday accused a US Coast Guard ship of “provocation” after the Pentagon confirmed it fired warning shots against Iranian military boats that approached it in the Gulf.

The Guard’s website, sepahnews.com, said in a statement that Americans were guilty of using “false narratives and unprofessional behavior” and should more strictly “abide by international regulations.”

The statement added the Guard’s navy warned the US vessels to stop their “provocative and aimless shooting.”

It was the second time in two weeks that a US ship has opened fire to warn vessels of the Revolutionary Guards.

“Sadly, harassment by the IRGC Navy is not a new phenomenon. It is something that all of our commanding officers and the crews of our vessels are trained to for,” Pentagon spokesman John Kirby said.

On April 26, an American warship fired warning shots when IRGC vessels came too close to a patrol in the Gulf.

Kirby told reporters at the Pentagon that 13 Iranian vessels maneuvered at high speed toward six Navy ships that were escorting the guided missile submarine USS Georgia through the Strait on Monday.

He said after two Iranian boats failed to respond to the multiple US warnings and closed to within 300 yards, the Coast Guard cutter Maui fired a volley of warning shots from its 50-caliber machine gun and then another volley when the Iranian boats got within 150 yards.

He said this is the kind of action that could lead to somebody getting hurt and could lead to a real miscalculation there in the region, “and that doesn’t serve anybody’s interests.”

Observers linked the incident to what happened on Saturday when the US seized an arms shipment of thousands of assault weapons, machines guns and sniper rifles hidden aboard a ship in the Arabian Sea, apparently bound for Yemen to support the country’s Houthi militias.