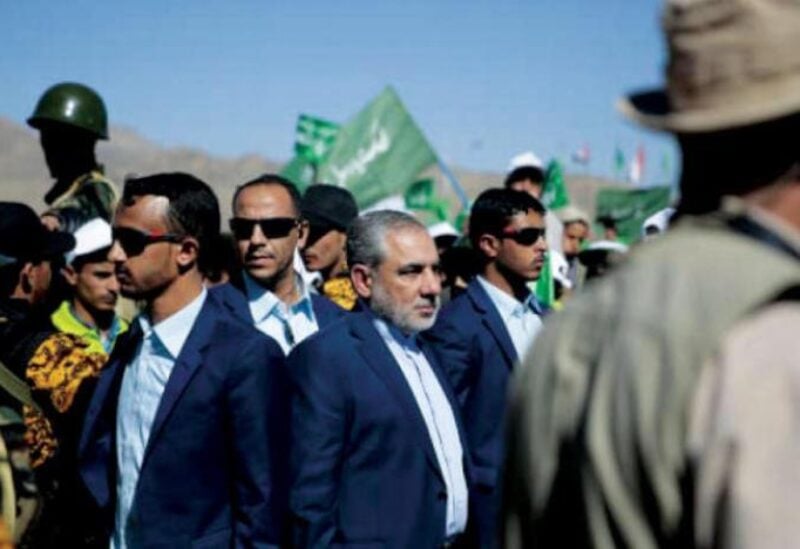 Hassan Irlu, the Iranian “ambassador” to the Tehran-backed Houthi militias, left Sanaa for Baghdad on Saturday following an Omani and Iraqi mediation, based on claims that he was infected with the coronavirus.

Speaking on condition of anonymity, sources told Asharq Al-Awsat that the militias were facing great challenges with the Yemeni people in areas under their control, following the huge human and material losses they have incurred in recent weeks.

The sources revealed that five officers of the Iranian Revolutionary Guards and four members of the Lebanese Hezbollah were killed in the battles for the Marib province.

The Yemeni army, with the support of the Saudi-led Arab coalition, has succeeded in exhausting the Houthis in the recent period, according to the sources.

The army was “now preparing to launch a military campaign” and would change its strategy by “attacking instead of defending, which will lead to the Houthi defeat and the military possibly besieging Sanaa.”

The sources continued: “The Houthis face very big challenges with the Yemeni people in areas under their control as they have incurred very heavy losses in lives and equipment as a result of their rejection of peace.”

Yemeni officials accuse Irlu of illegally entering Yemen. Tehran had announced in October the arrival of the ambassador to Sanaa, without giving further details on how he reached the Houthi-held capital, where the airport is closed except for flights reserved for the United Nations and relief organizations.

Different information was circulated about Irlu’s exit, but most of them excluded health issues. The Wall Street Journal pointed to allegations that he was infected with the coronavirus, and stated that he was seen in some meetings, which disproves the claim.