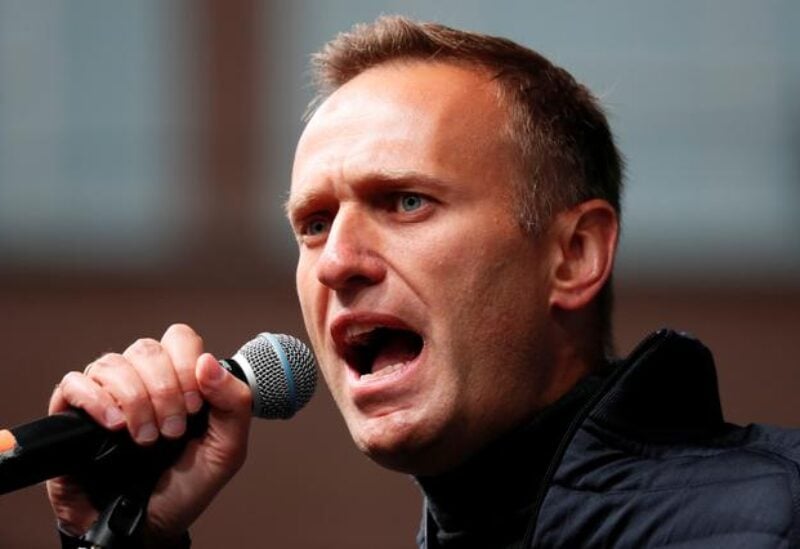 Russia added on Tuesday, jailed Kremlin critic Alexei Navalny and a number of his allies to its list of “terrorists and extremists”, at a time the authorities continue their crackdown on the opposition.

Navalny and several of his allies, like his key aide Lyubov Sobol, have been listed in a database of banned individuals compiled by the Federal Monitoring Service for Financial Institutions (Rosfinmonitoring).
This decision places them on the same footing as right-wing nationalist groups and foreign “terrorist” groups, including the Taliban and the Islamic State extremist group.
Putin’s top critic Navalny was jailed and his political organisation was outlawed last January, in what has been a brutal crackdown on dissent in Russia during the past year.

Sobol and the majority of Navalny’s allies have since fled the country.

A dozen Navalny allies were added to the list on Tuesday, according to Navalny’s Anti-Corruption Foundation, which was shut down last year after being declared extremist.

A lawyer for Navalny’s anti-corruption Foundation and producer of the opposition politician’s YouTube channel, Sobol, 34, has been wanted by Russian police since October.

“Participated in elections and was fighting corruption? Extremist,” Sobol tweeted.
Navalny’s key aides Ivan Zhdanov and Leonid Volkov were added to the list earlier this month.

On Tuesday, they mocked the “terrorist” label.

Previously in charge of Navalny’s regional offices, Volkov tweeted that he was “proud to work in our team of ‘extremists and terrorists'”.
“It’s great that our super team of ‘terrorists’ is being joined by such great people,” Zhdanov, who headed the now-disbanded Anti-Corruption Foundation, said on Twitter.
United States and European Union both condemned the move, which came amid high tensions over fears of Russia invading Ukraine.

“We urge Russia to cease the abuse of ‘extremism’ designations to target nonviolent organizations, to end its repression of Mr. Navalny and his supporters, and to honour its international obligations to respect and ensure human rights and fundamental freedoms,” Price said.