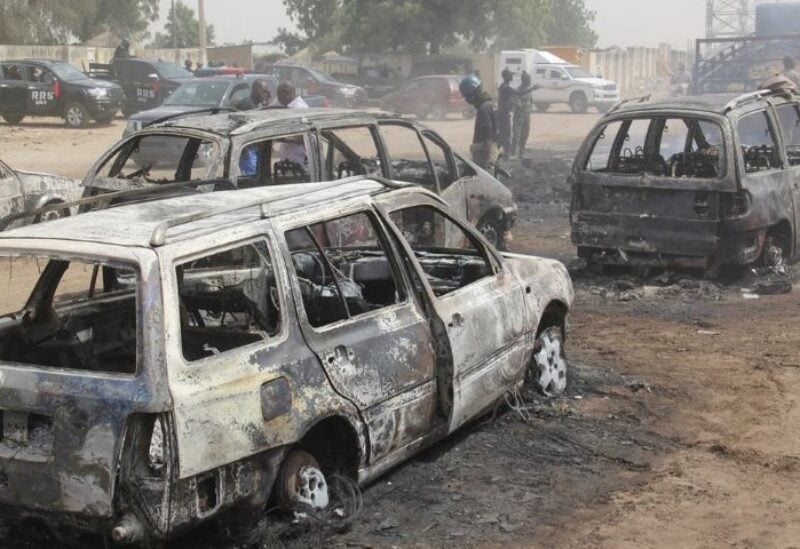 Cars burnt down by suspected members of the Islamic State West Africa Province (ISWAP) during an attack on February 9, 2020,

Abu al-Hassan al-Hashemi al-Quraishi, the head of the Islamic State (IS) militant group, was killed during battle, the group’s spokesman announced in an audio message shared on a related Telegram channel.

The recording did not provide any information regarding the new IS leader.

The latter Quraishi was the brother of slain former IS caliph Abu Bakr al-Baghdadi, according to two Iraqi security officials and one Western security source.

Both Quraishi and Baghdadi died by blowing themselves and family members up during U.S. raids on their hideouts in northern Syria.

Islamic State originated from the civil war in neighboring Syria a decade ago, and in 2014, it seized control of large portions of both Iraq and Syria. In that year, Baghdadi proclaimed himself the caliph of all Muslims and established an Islamic caliphate from a mosque in Mosul, a city in northern Iraq.

When Iraqi and international forces overcame Islamic State in Mosul in 2017, the brutal rule of the group, which killed and executed thousands of people in the name of its restrictive interpretation of Islam, came to an end.

Its remaining thousands of militants have in recent years mostly hid out in remote territory but are still able to carry out significant insurgent-style attacks.