Israel accuses Iran of link to oil spill off its shores 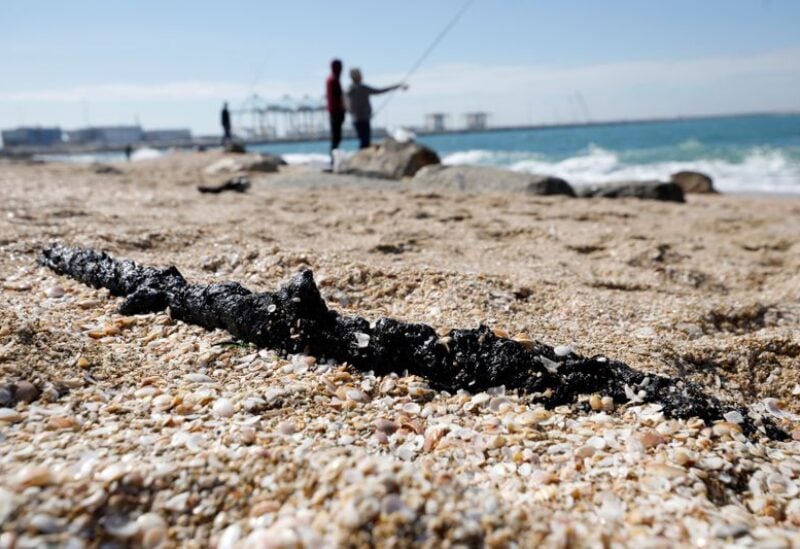 FILE PHOTO: A clump of tar is seen on the sand after an offshore oil spill drenched much of Israel's Mediterranean shoreline with tar, at a beach in Ashdod, southern Israel February 21, 2021. REUTERS/Amir Cohen

Iran is linked to a recent oil spill off Israel’s shores that caused major ecological damage, an Israeli minister said on Wednesday, as he dubbed the incident “environmental terrorism.”

Environmental Protection Minister Gila Gamliel said the ship that caused the leakage was a Libyan-owned pirate ship that set sail from Iran through the Persian Gulf without radio contact, then passed through the Suez Canal.

The ship, a crude oil tanker called Emerald, which carries a Panamanian flag, entered Israeli waters in the east Mediterranean and again turned off its radios for almost a full day, polluting the sea between Feb. 1-2, she said in a briefing to reporters.

From there, the ship continued to Syria, carrying pirated cargo from Iran, she added.

The ministry submitted what it considered was strong “circumstantial evidence” that this was the ship behind the spill, though it did not have “forensic evidence”. It said it also ruled out any other source.

The accusation could further increase tensions between Israel and Iran. Israeli Prime Minister Benjamin Netanyahu this week blamed Tehran for a blast aboard an Israeli-owned ship in the Gulf of Oman last week, an accusation rejected by Tehran.

The oil leakage blackened beaches up and down Israel’s coast and clumps of sticky black tar have also washed up on the coasts of the Gaza Strip and south Lebanon.

Environmental groups are calling it an ecological disaster, saying the effects of which would extend for decades.