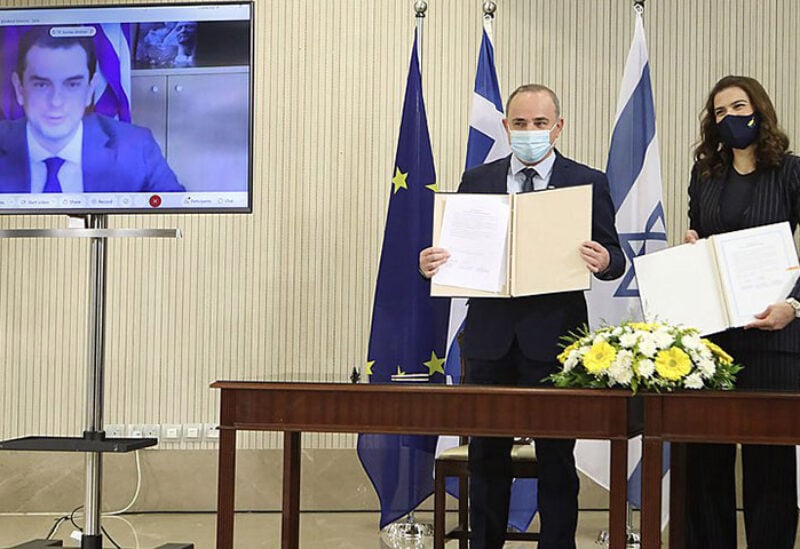 In a key step toward resolving a nine-year impasse over offshore spoils, Israel and Cyprus have reached an understanding over gas reserves straddling their maritime border, the Cypriot energy minister said on Tuesday.

Development of the Aphrodite gas field in Cypriot waters has been held up because a small part of it stretches into Israel’s maritime zone and another gasfield there. The Cypriot field was first discovered in 2011. The Aphrodite field holds an estimated 4.1 trillion cubic feet of gas. At stake was about 10 percent of the deposit, which is a fraction of the gas already discovered in Israel.

Cypriot energy minister Natasa Pilides said she and her Israeli counterpart Yuval Steinitz had agreed upon a framework to resolve the issue, and guidelines would be passed on to the companies involved in the project.

“The framework will be set out in a joint letter which is being prepared. We are both very satisfied we are now at this point after nine years of discussion,” Pilides told reporters as Steinitz, who was in Cyprus to sign a memorandum of understanding on another project, prepared to depart the island.

Steinitz said there was a ‘fair chance’ of an eventual resolution. “Nothing is certain, but there is a good chance that this might lead us to a solution of this little but significant obstacle in the wonderful relations and cooperation between Cyprus and Israel on energy and on many other issues,” he said in comments carried by the semi-official Cyprus News Agency.

Cyprus had in 2019 signed a 25-year concession with Noble Energy, Shell and Delek Drilling for exploitation of the Aphrodite field.

Israel had maintained an agreement was required before work started because part of Aphrodite overlapped on to the Israeli side.

Cyprus, Israel and Greece on Monday signed an accord to create a subsea power cable which will cross the Mediterranean and link their electricity grids.