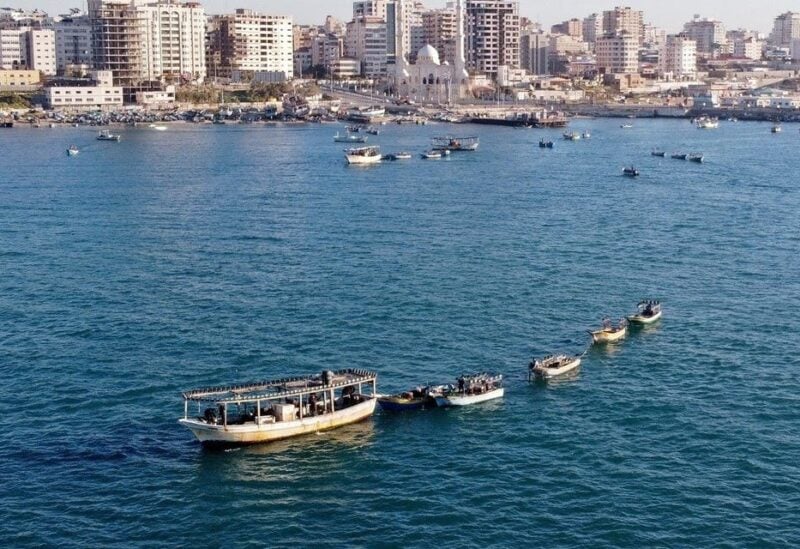 Israeli forces declared through its twitter account that the army arrested five Palestinian fishermen aboard a fishing boat off Gaza’s southern coast.
The army claimed the boat “exceeded the permitted fishing zone south of Gaza in a security violation.”
Israel only allows Palestinians in Gaza to fish at a distance of 15 nautical miles.
The statement said Israeli naval forces approached the boat and took “a variety of measures”, without specifying, to warn the boat to return to the licensed zone but said the fishermen did not heed.
Meanwhile, a military source told the private Israeli Channel 12 that the five fishermen were taken for interrogation.
There are 1,300 fishing boats along the Gaza Strip operated by around 4,000 fishermen, according to the Palestinian Ministry of Agriculture.
Palestinian fishermen often suffer from multiple Israeli violations, including attempting to sink Palestinian boats in the sea, firing at them, as well as narrowing the fishing area for long periods.