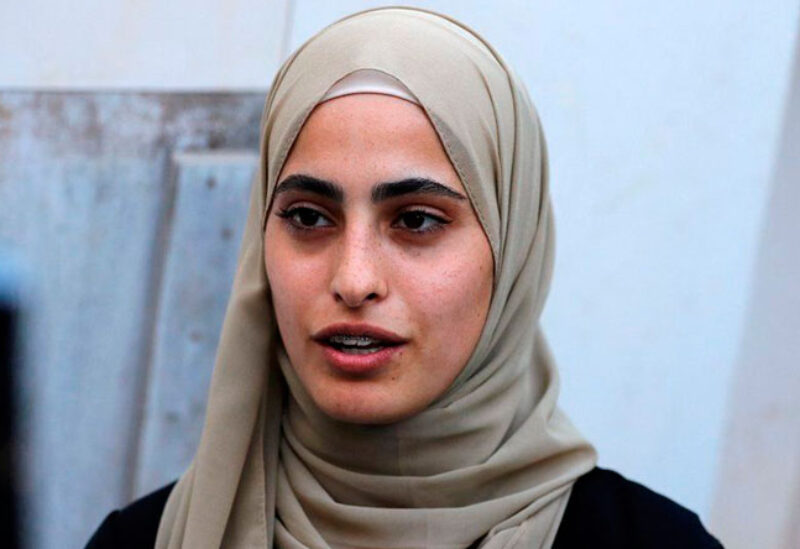 Israeli security forces have questioned a Palestinian activist who played a significant role in protests against the possible eviction of Palestinian families from homes in East Jerusalem.

Video footage showed Muna el-Kurd being taken in handcuffs from her home in the Sheikh Jarrah neighborhood.

Police said the 23-year-old was accused of participating in riots. Ms el-Kurd was later released. But her brother, who handed himself in on Sunday, remained in custody.

Tensions in Sheikh Jarrah played a role in recent fighting between Israel and the militant group Hamas. The conflict last month saw 11 days of hostilities in which more than 250 people were killed, most of them in Gaza, which is ruled by Hamas.

Clashes that broke out in Sheikh Jarrah and at the al-Aqsa mosque compound in occupied East Jerusalem contributed to the increasingly charged atmosphere in the build-up to the conflict.

Following Muna el-Kurd’s arrest on Sunday, a spokeswoman for the Israeli police said officers had arrested a suspect “under court order”.

Footage posted on social media early in the morning showed Ms el-Kurd in handcuffs being escorted out of her home by Israeli security forces.

From the property, she and her brother Mohammed have used social media to bring the issue of the potential forced eviction of several Palestinian families to international attention. The families include her own, which has lived in East Jerusalem for decades.

They face eviction after Israeli courts ruled that the land belonged to a Jewish settler organisation in a long-running and bitter legal case. The case has moved on to Israel’s Supreme Court, which allows the families to appeal.

Mr el-Kurd turned himself in at a police station hours after his sister’s arrest after receiving a police summons, according to reports. His sister was released later on Sunday, but he remained in police custody.

Their father, Nabil el-Kurd, told reporters he was surprised when Israeli security forces turned up at the family’s home and “searched the whole house”. “They will not frighten us or our children,” he said.

Dozens of Palestinian supporters showed up outside the East Jerusalem police station where Muna el-Kurd and her twin brother Mohammed were being held. Heavily armed Israeli border police watched as the twins’ father Nabil gave a press conference under the shade of a tree.

“I don’t care if they arrested them, because they are fighting for Jerusalem and for Sheikh Jarrah,” he said. As he spoke his daughter was suddenly escorted out of the police station – causing Palestinians and the press to move towards her.

Israeli police then fired at volley of stun grenades, despite the peaceful nature of the event. I saw a Palestinian man later carried into an ambulance.

It felt like a further needless escalation ahead of this week’s potential rise in tensions again in Jerusalem, with a planned march by Israeli religious nationalists through the Muslim Quarter of East Jerusalem’s Old City.

Israeli police accused Ms Budeiri of assaulting officers. She has denied the allegations. Al Jazeera condemned the arrest of its journalist, who was covering a sitting protest against the threat to evict Palestinian families from Sheikh Jarrah and wearing a press vest at the time. The network said in a statement that the incident showed a “total disregard for the fundamental human rights of journalists”.