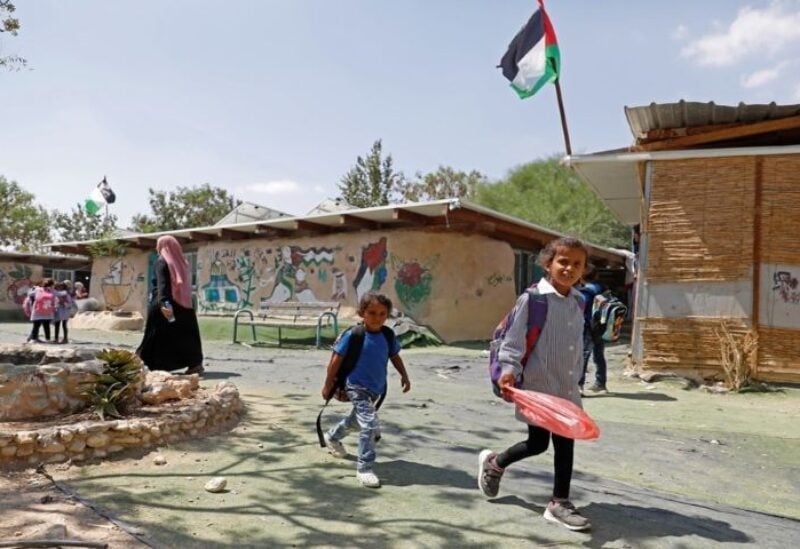 Israel’s top court on Wednesday approved another delay to the demolition of a strategically located Bedouin village in the occupied West Bank that drew international concern.

The government is locked in a legal battle with a right-wing Israeli NGO over the proposed demolition of Khan Al-Ahmar, situated east of Jerusalem along a road leading to the Dead Sea.

The hamlet was set to be evacuated and demolished three years ago after it was ruled to have been built illegally, and attempts to agree on an alternative site for relocation failed.

Khan Al-Ahmar’s fate drew international concern, with European countries calling on Israel not to move ahead with plans to demolish it, and in October 2018, the office of then-prime minister Benjamin Netanyahu froze the demolition plans.

Regavim, a right-wing Israeli organization that supports Jewish settlements, in 2019 filed a petition to the supreme court demanding the state uphold its previous commitment to remove Khan Al-Ahmar.

The state repeatedly requested more time to submit its response, with the court setting September 5 as a deadline.
On that day, the state asked the court for six more months, citing “progress” on the issue, and on Wednesday, a three-judge panel approved the decision.

Justice Noam Sohlberg said the court had accepted “the state’s claim on significant progress,” and requested an update in March.
Foreign states have told Israel that demolishing the village, home to around 200 residents, would mark a violation of international law.