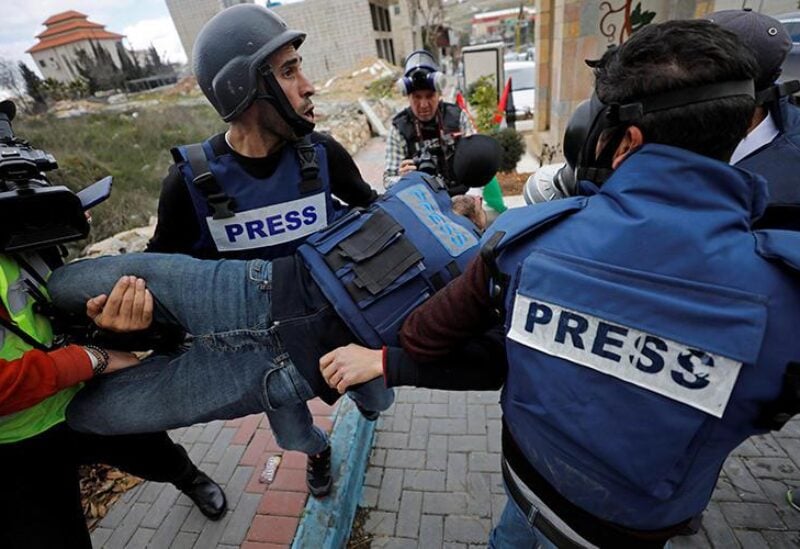 Israeli occupation forces “deliberately targeted Palestinian journalists who cover attacks and violations against Jerusalem and worshipers in the courtyards of Al-Aqsa Mosque”, the Coalition For Women In Journalism (CFWIJ) has warned.

At least 10 journalists, two of whom were women, were injured during the incidents.

In a statement  the CFWIJ said this it “is utterly dismayed by the deliberate and vicious attacks against journalists.”

During the past few days, many violations were committed against the press, with them being prevented from covering events in the occupied city of Jerusalem and the Sheikh Jarrah area.

On 8 May occupation forces attacked journalists by spraying skunk water at them to damage their equipment, reporter Maysa Abu Ghazaleh was among them.

The CFWIJ continued: ” We applaud the brave journalists who are covering the incidents in the field despite the large scale of the Israeli attacks. However, we demand the Israel state to end these devastating attacks against Palestinians. Journalists must report in a free and safe environment and the security forces must respond to provide it to them.”