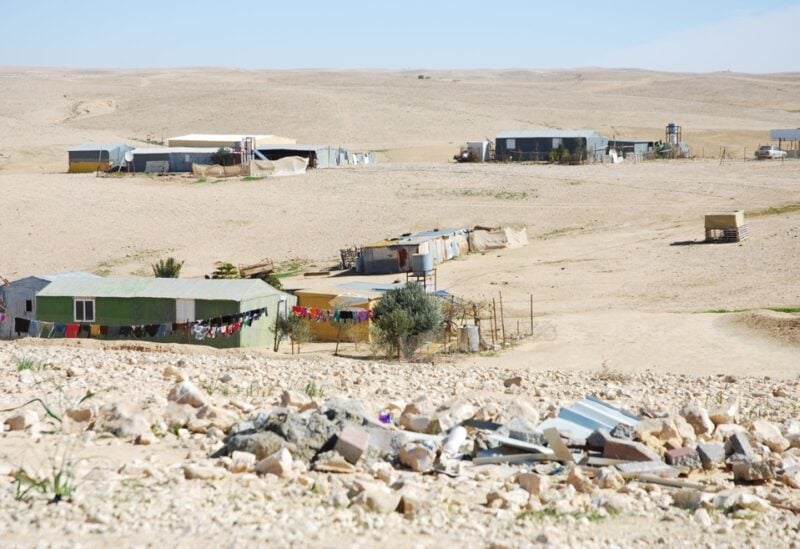 Israeli occupation authorities this morning demolished all the tents and structures in the Palestinian Bedouin village of Araqeeb in the Negev desert for the 185th time, displacing its residents.

According to local sources, Israeli police forces and employees from the Authority for Development and Settlement of the Bedouin in the Negev — which is responsible for such demolitions — stormed the village and razed the temporary structures within it.

As a result, dozens of Bedouin citizens, including children, women and the elderly, have been left homeless and face the harsh desert weather without shelter.

Araqeeb residents live in a constant state of fear because they expect the demolition of their village at any moment after they rebuild their homes. The village was first levelled in July 2010.

It is one of 51 Bedouin villages in the Negev desert, which are “unrecognised” by Israel.

The demolition of Al-Araqeeb and other villages in the Negev is a systematic Israeli policy aimed at expelling the native Arab population from the area and transferring them to government-zoned areas to pave the way for the expansion and building of illegal settlements for Jewish-only communities.

Bedouins in the Negev must abide by the same laws as Jewish Israeli citizens. They pay taxes but do not enjoy the same rights and services as Jews in Israel and the state has repeatedly refused to connect the towns to the national grid, water supplies, and other vital amenities.