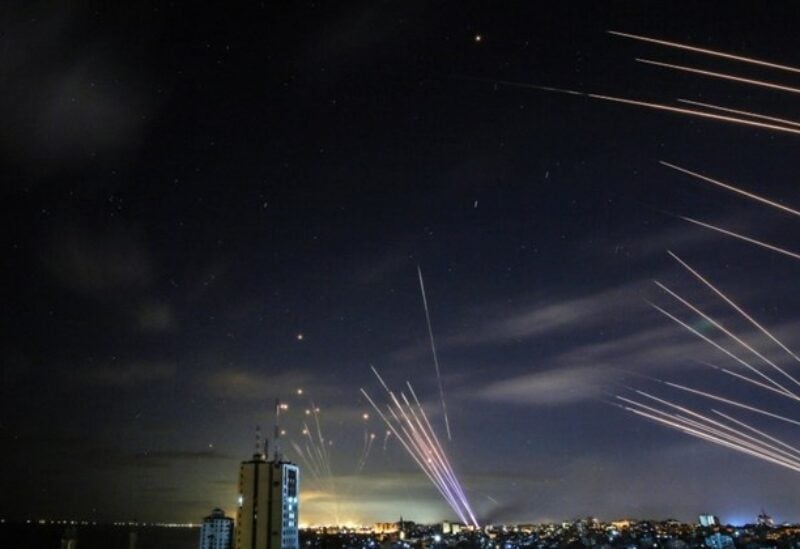 In the background the Israeli Iron Dome missile defence system tries to intercept rockets fired by Hamas towards southern Israel from Beit the Gaza Strip, and on foreground tens of other rockets fired while the Iron Dome is busy with the first rockets, as seen in the sky above the Gaza Strip overnight on May 16, 2021. / AFP / ANAS BABA

OCCUPIED JERUSALEM: Israel has faced the highest ever rate of rocket attacks on its territory during its latest confrontation with the Palestinians Islamist group Hamas that controls Gaza, the army said Sunday.

Since Monday, armed groups in Gaza have fired about 3,000 rockets towards Israel, surpassing the pace during an escalation in 2019 and during the 2006 war with Lebanon’s Hezbollah, said Major General Ori Gordin, during an online meeting with reporters. – AFP