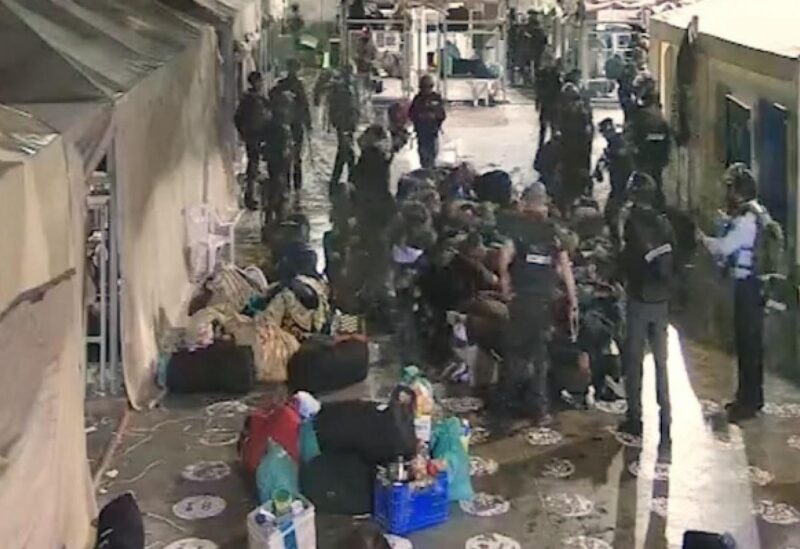 A video showing Israeli prison guards brutally assaulting Palestinian inmates in a Negev prison has been published by Haaretz. Described as one of the most violent incidents against prisoners ever seen in an Israeli jail, the incident was reportedly carried out by ten guards on 24 March 2019.

Security cameras documented the assault on 55 shackled Palestinian prisoners linked to Hamas. They can be seen bent over on the floor and restrained, as Israeli prison officers punch, kick and beat them with batons. The prisoners were also ordered not to speak or move for hours.

According to Haaretz, only four of the guards were investigated by the Lahav 433 unit of the Israeli police service which investigates prison officers. Nobody has been arrested. The unit said that the official reason for the escalation was an “unknown offender”. The investigation has now been closed.

At the time of the incident, the prison service claimed that guards tried to restore order in the wing after a riot broke out following the stabbing of two officers by a “Hamas militant”. The footage showed no such disorder.

A Palestinian prisoner who filed a complaint about the incident that night described events as “brutal, random violence by the guards.” He said that a guard beat him seven or eight times with an iron baton.

Ali Da’ana, serving a 20-year sentence for attempted murder, said: “I was beaten mercilessly by masked guards as I lay on the floor, for no reason. It was revenge. I told one of them that I had a chronic illness and he said it didn’t matter. They kept hitting.”

According to the Palestinian Prisoners’ Society, about 95 per cent of Palestinian prisoners in Israel experience ill-treatment or torture during their detention and interrogation.

Since Israel began its military occupation in 1967 , it has imprisoned almost 800,000 Palestinians. Around 4,500 are being held at the moment, more than 350 of whom are held with neither charge nor trial.