Israel forces Palestinians to close their shops in Hebron 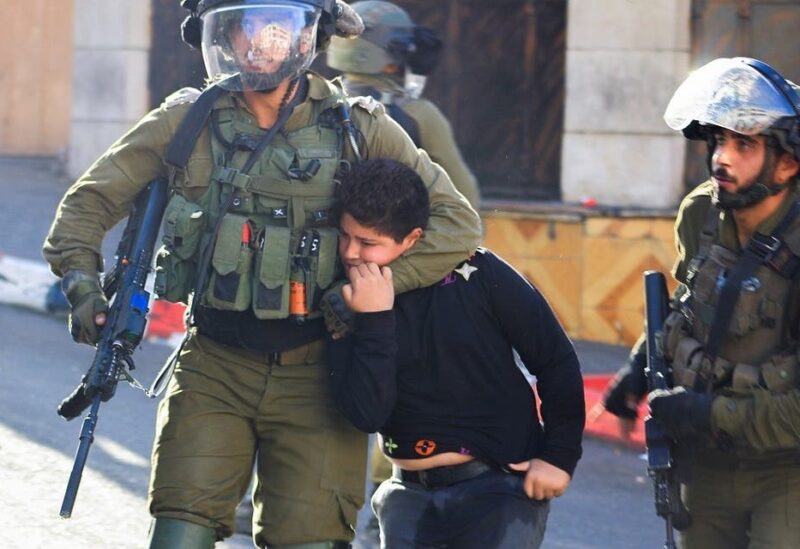 Israeli soldiers detain a Palestinian boy during clashes in Hebron, in the Israeli-occupied West Bank on September 23, 2021. (Reuters)

Palestinian Information Centre reported that Palestinian citizens were attacked with stun grenades, by the Israeli occupation forces, in the Old City of Hebron.

Local sources said occupation forces stormed the municipality plaza, sealed off the Old City and forced storekeepers to close their businesses. They fired stun grenades to force Palestinians out of the area.

Local residents accused the Israeli army of trying, through such practices, to limit the presence of Palestinian citizens in the Old City and force storeowners, in particular, to move from the area to make way for illegal Jewish settlers.

Occupation forces also stormed the Budrus village and Jabel At-Tawil neighbourhood in Al-Bireh City, northwest of Ramallah. They fired live ammunition and stun and tear gas grenades at Palestinians. No injuries were reported.

The Israeli attacks come as Jews in the country mark the religious holiday of Purim. For the first time, the occupation state has said it will leave crossings into the occupied West Bank and Gaza Strip open during this period.