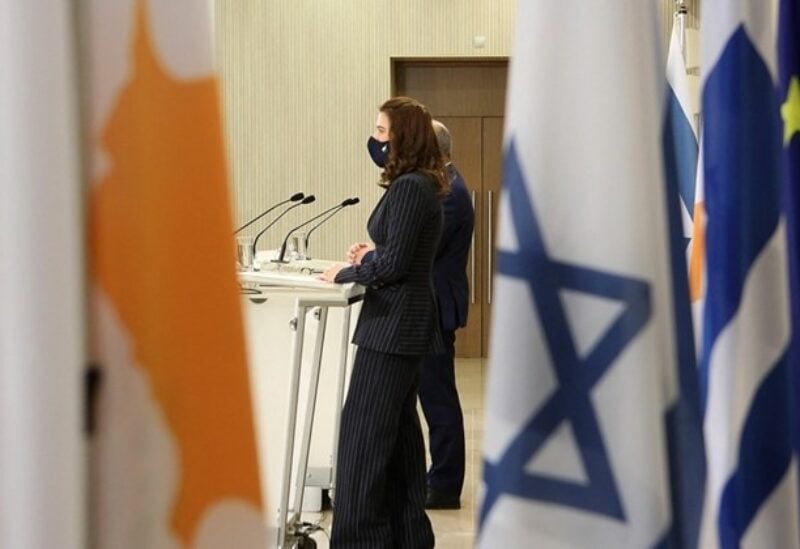 OCCUPIED JERUSALEM: The Israeli military said Friday that it has conducted a joint naval exercise with Greece and Cyprus, in the latest sign of increased cooperation among three countries that increasingly view Turkey as a rival in the Mediterranean Sea.

It said the “Noble Dina” exercise, which was led by Israel and also included France, covered “anti-submarine procedures, search and rescue scenarios, and a scenario simulating battle between ships.” The exercise was concluded on Thursday.

“Over the past week, the Navy led a large-scale exercise in which it implemented capabilities in underwater warfare, search and rescue, convoy escort and surface combat,” Rear Admiral Eyal Harel, the head of Israeli naval operations, said.

“These exercises are of paramount importance in strengthening the Navy’s connection with foreign fleets who share common interests,” he added.

Israel, Greece and Cyprus have taken a number of steps in recent months to cement ties, including advancing plans to build a 2,000 megawatt undersea electricity cable and a 1,900-kilometer (1,300-mile) undersea gas pipeline. The three countries’ defense ministers met in November and agreed to increase military cooperation.

Greece and Cyprus are embroiled in a dispute with Turkey, which has sent gas prospecting vessels into waters claimed by Greece and drilling ships into an area where Cyprus claims exclusive rights. The tension brought NATO allies Greece and Turkey close to open conflict last year, but tensions have eased since then.

Israel and Turkey were once close allies but had a major falling-out in 2010, when 10 Turkish citizens were killed by Israeli forces as a Turkish-led flotilla tried to break Israel’s blockade on the Gaza Strip.

The two countries agreed to a U.S.-brokered reconciliation agreement in 2016, but ties broke down two years later over a U.S. decision to recognize Jerusalem as Israel’s capital.

Turkish President Recep Tayyip Erdogan portrays himself as a champion of the Palestinian cause and has provided political support to Hamas, the Islamic militant group that seized power from rival Palestinian forces in 2007. A number of Hamas leaders are based in Turkey, and Erdogan met with the group’s top leader, Ismail Haniyeh, in December 2019.

Israel and Western countries view Hamas as a terrorist group. Turkey considers it a legitimate political actor because it won Palestinian parliamentary elections in 2006, and denies providing any aid to the group’s armed wing.