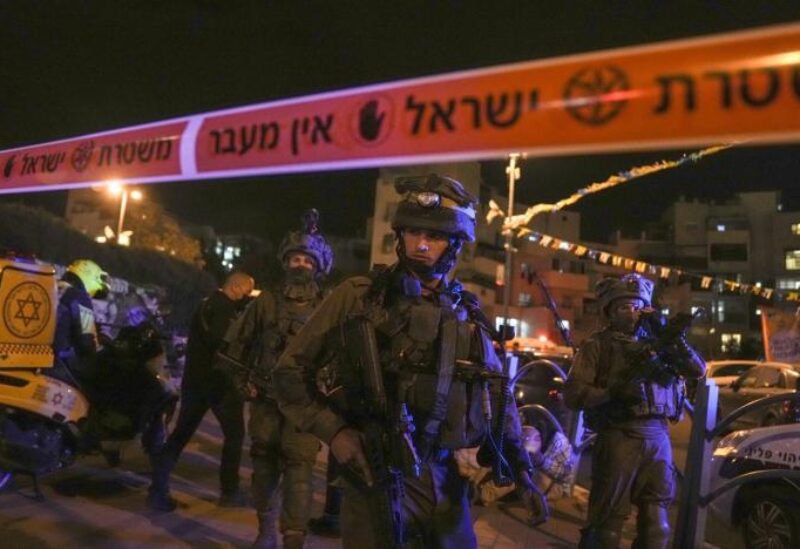 Israeli forces launched a manhunt Friday for attackers who killed three people in the central city of Elad as the country marked independence day.

The search — backed by a large deployment of security personnel, helicopters, drones and roadblocks — was seeking what police described as “one or two terrorists”, who remained at large hours after the attack.

Police set up roadblocks to try to catch the assailants who fled the scene, about 15 km from Tel Aviv. On television, Elad’s mayor urged residents to stay indoors while security forces were still operating.

The Magen David Adom emergency response service, which confirmed the deaths, said four others were wounded.

The official Palestinian news agency WAFA quoted him as saying “the killing of Palestinian and Israeli civilians will only lead to more deterioration of the situation.”

But Hamas and Islamic Jihad praised the Elad attack, calling it a consequence of unrest at Jerusalem’s Al-Aqsa mosque compound. Neither group claimed responsibility.

There have been a spate of Arab street attacks in Israel in recent weeks.

Prior to Elad, Palestinians and members of Israel’s Arab minority had killed 15 people, including three police officers and a security guard, in attacks in Israel and the West Bank that have mostly targeted civilians.

Israel has responded with arrest raids in Palestinian towns and villages which have often sparked clashes and brought the number of Palestinians killed by Israeli forces since the beginning of the year to at least 40.

The casualties include armed members of militant groups, lone assailants and bystanders.