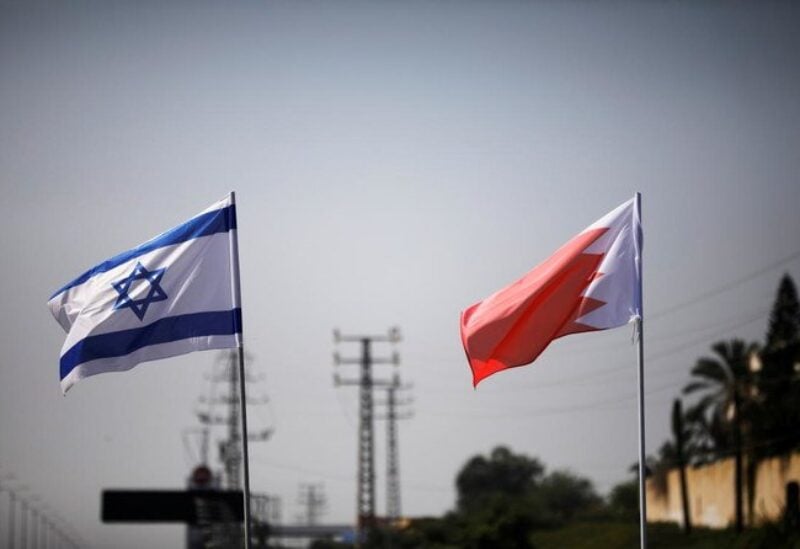 “May our people live in peace and prosperity forever,” Lapid said during the inauguration. He added in Hebrew: “Israel made a major, historic step today in the Gulf.”

According to the Times of Israel, the embassy is located on the 29th floor of the Bahrain World Trade Center.

The ceremony was attended by Bahrain’s Foreign Minister Abdullatif Al Zayani. “It is an unmistakable signal to all that we are determined,” he said. “We are not done.”

Lapid arrived in Manama yesterday morning aboard an Israeli plane with the word “Shalom” displayed on it and was warmly welcomed by senior Bahraini officials. Soon after his arrival, the Israeli official met with the Bahraini Crown Prince and Prime Minister Salman Bin Hamad Al Khalifa and Al Zayani.

After the meeting, Lapid tweeted: “Thank you for the privilege of being here today and of being together, taking another step in building our relationship in the model of partnership and coexistence between cultures and religions.”

The UAE and Bahrain normalized ties with Israel at a signing ceremony in Washington last September as part of the so-called “Abraham Accords”. The move was condemned by Palestinians as a step away from the Arab League principles of peace with Israel based on the establishment of a Palestinian state with Jerusalem as its capital.