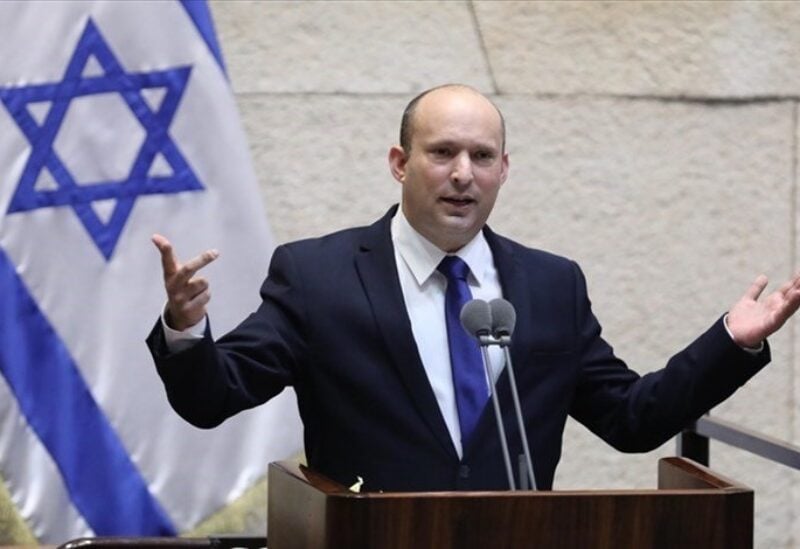 Following a spate of Houthi attacks in Yemen, Israeli Prime Minister Naftali Bennett voiced Israel’s “sorrow” to Saudi Arabia in a rare public message to the country with which it has no diplomatic ties.

Bennett remarked on Twitter, “The State of Israel expresses its grief to the Kingdom of Saudi Arabia following the heinous attack by the Iranian-backed Huthis.”

A barrage of Houthi drone and missile attacks attacked Saudi sites on Friday, including an oil refinery that caught fire near a Formula One race in Jeddah.

Bennett also expressed Israel’s concerns that the US might remove Iran’s powerful Islamic Revolutionary Guard Corps from its list of “terrorist groups” as part of a deal to revive the 2015 nuclear deal with Tehran.

He remarked on Twitter, “This strike is another indication that Iran’s regional aggression has no bounds & underscores the concern that Iran’s IRGC will be removed from the terror list.”

Bennett’s message came as US Secretary of State Antony Blinken arrived in Israel for historic talks with foreign ministers from the United Arab Emirates, Bahrain, and Morocco, all of which have recently normalized relations with Israel, as well as Egypt.

The uncommon gathering, which will take place over two days in a southern desert resort, is nominally intended at “supporting regional peace,” but it also represents an alliance based on shared regional fears over Iran.

According to a translation released by the Saudi Press Agency, the prince told The Atlantic, “We don’t look at Israel as an enemy, we look at them as a possible ally, with numerous interests that we can pursue together.”

“However, we must first resolve some concerns,” he explained.

“For our part, we hope that the Israeli-Palestinian conflict be resolved.”

The United Arab Emirates and Bahrain, both Gulf allies of Saudi Arabia, as well as Morocco, normalized relations with the Jewish state in 2020.