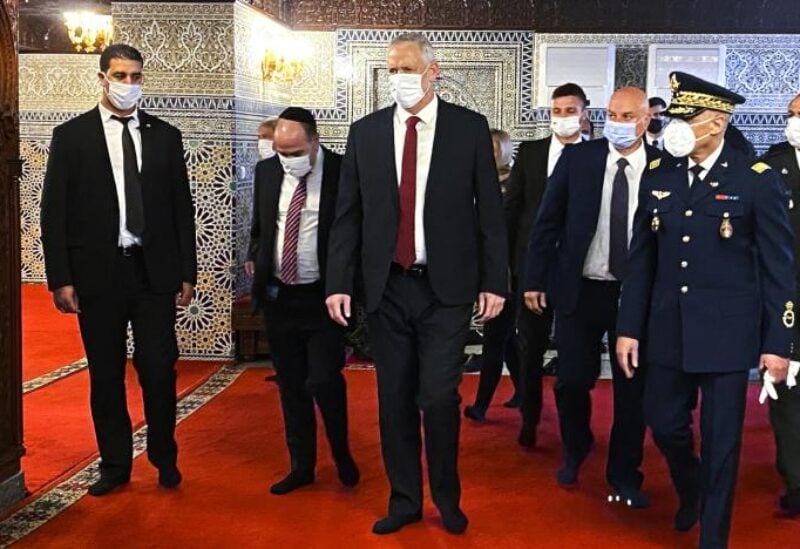 Israel’s defense minister said Thursday he hopes a better nuclear deal will come out of upcoming talks between world powers and Iran, but that Israel is hedging its bets and building up its military capabilities.

“Our obligation concerning Iran is to influence our partners and maintain an ongoing conversation,” Benny Gantz said. “Our second obligation is to build up military power, which is something important in and of itself.”

Gantz spoke to reporters at the close of a two-day visit to the Moroccan capital of Rabat, where he met with top Moroccan intelligence, defense and diplomatic officials. Among the issues discussed was Iran.

Nuclear talks between Iran and world powers are set to kick off next week in Vienna.

Gantz said that Israel must work in concert with the US and avoid making the issue of Iran’s nuclear program a partisan one.

“A good agreement is one that will plug the holes in the previous agreement in the fields of nuclear development, missile launching systems, breakout time and what Iran is doing in the region,” Gantz said.