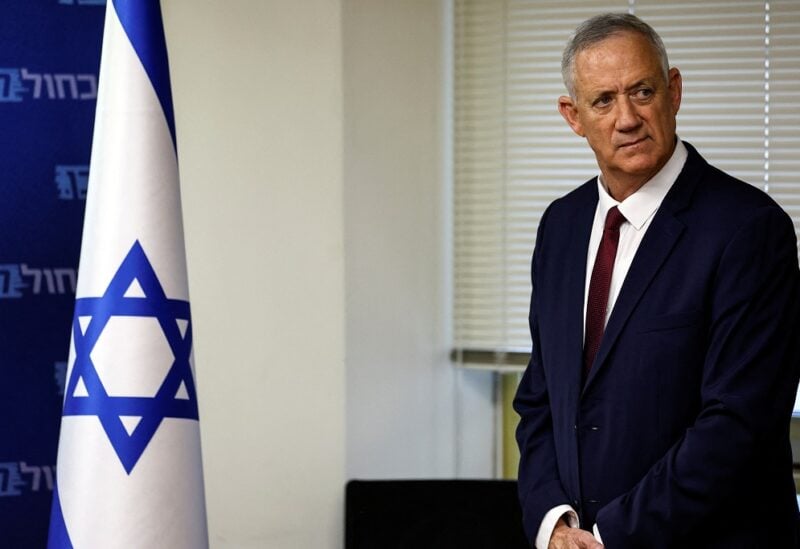 Pressing on with a near-daily series of operations against militants in the area in which dozens of Palestinians have been killed, Israel signaled opposition on Wednesday to US calls to review rules of engagement in the occupied West Bank.
“No one will dictate our rules of engagement to us, when we are the ones fighting for our lives,” Israeli Prime Minister Yair Lapid said at a military ceremony in Haifa, echoing earlier remarks by Defense Minister Benny Gantz.
The State Department said on Tuesday that Washington will urge Israel to review rules of engagement practices after its military concluded that Al Jazeera journalist Shireen Abu Akleh was likely shot unintentionally by an Israeli soldier.
The Palestinians have accused Israel of deliberately targeting Abu Akleh, who was killed on May 11 while covering an Israeli raid in the Palestinian militant stronghold city Jenin. Israel denies this.
“Israel has expressed sorrow over the journalist’s death. It was a tragedy that transpired in an incident in which there was heavy enemy fire … The IDF (Israel Defense Forces) never intentionally shoots at innocent people,” Lapid said.
Israel has stepped up its incursions into the West Bank since a wave of deadly Palestinian street attacks in Israeli cities. In the latest such raid, on Wednesday, Israeli troops killed a member of Palestinian Islamic Jihad.
As part of near-nightly security sweeps, the army carried out arrests and searches in several locations, including the village of Tubas, where it said an improvised explosive device was thrown and shots were fired at soldiers, who returned fire.
Islamic Jihad claimed the man killed, Younis Tayeh, as a member and said he had died during clashes. Tayeh’s family denied he had taken part and said he was crossing the street when shot.
In a separate incident, the military said a Palestinian used a hammer to attack a soldier who “responded with live fire and neutralized the suspect.”
US-brokered peace talks aimed at establishing a Palestinian state in the West Bank, Gaza and East Jerusalem collapsed in 2014.
The diplomatic stagnation has contributed to erosion of the credibility of the US-backed Palestinian Authority (PA), which has limited self-rule and security control in the West Bank.
Gantz said the PA should do more to rein in militants. “The spread of weapons and lack of governance are harming both the Palestinian people and the Palestinian Authority itself,” Gantz said.
The Palestine Liberation Organization’s Wasel Abu Youssef described Gantz’s remarks as “desperate.” “Israel alone bears the responsibility for the daily killings of our people,” he said.