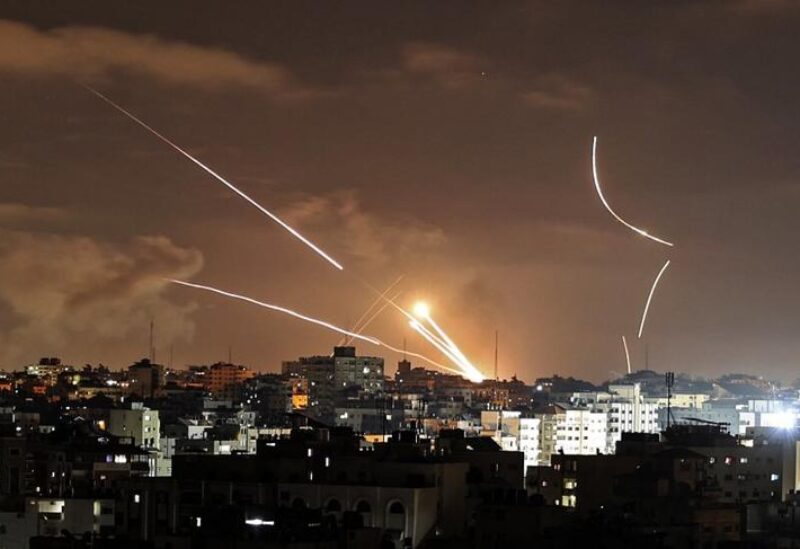 Saturday’s violence erupted after hundreds of Palestinians took part in a demonstration organized by Gaza’s Hamas rulers to draw attention to the Israeli-Egyptian blockade of the territory. The demonstration grew violent after dozens of people approached the fortified border fence and threw rocks and explosives toward Israeli soldiers from behind a black smoke screen billowing from burning tires.

At least 24 Palestinians, including a 13-year-old, were injured by Israeli gunfire, according to the Gaza health ministry. An Israeli Border Police officer was shot and critically injured.

The army said in a statement that in response to the violent demonstrations, fighter planes hit “four weapons and storage manufacturing sites” belonging to Gaza’s Hamas rulers, and that the military deployed additional troops to the region near the border with the Palestinian enclave. There were no immediate reports of injuries in the airstrikes.

Israel and Hamas are bitter enemies that have fought four wars and countless skirmishes since the Islamic militant group seized control of Gaza in a 2007 coup, a year after winning a Palestinian election.

May’s most recent round of fighting, an 11-day war fought to an inconclusive cease-fire, killed at least 254 people in Gaza, including 67 children and 39 women, according to the Gaza health ministry. Hamas has acknowledged the deaths of 80 militants. Twelve civilians, including two children, were killed in Israel, along with one soldier.