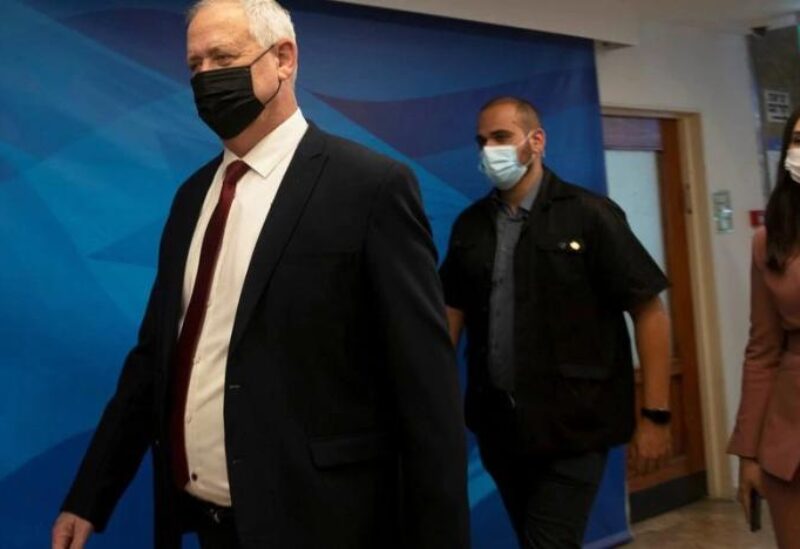 Israel on Monday said it successfully tested a new naval air defense system, intercepting a series of threats in what officials called a key layer of protection against Iran and its proxies in the region.

The “C-Dome” system is a naval version of the Iron Dome, which has been used to shoot down rockets fired from the Gaza Strip for the past decade. The C-Dome is being installed on Israel’s latest-generation corvette warships, which protect Israel’s coastline and offshore natural gas assets in the Mediterranean.

“The systems that we are developing as part of Israel’s multi-tier missile defense array enable us to operate against Iranian proxies in the region and defend against their weapon systems, which are constantly being upgraded,” Defense Minister Benny Gantz said. “We continue to be two steps ahead of them and we will continue developing and upgrading our capabilities in order to maintain security superiority in the region.”

The C-Dome is to become part of Israel’s multi-layer missile defense system — which includes weapons capable of intercepting everything from long-range missiles to short-range rockets.

The test comes at a time of heightened tensions. The Iranian-backed Hezbollah party in Lebanon launched a pair of drones into Israeli airspace last week, and Iran is believed to be close to signing a new international nuclear deal with global powers that will give it relief from crippling sanctions. Israel opposes the deal, and fears that Iran will divert newly released funds to proxies like Hezbollah.

Hezbollah has made no secret that it would target Israel’s gas platforms if fighting were to break out. Israel and Hezbollah fought a monthlong war in 2006. During that fighting, Hezbollah fired a missile that struck an Israeli warship, killing four Israeli soldiers.