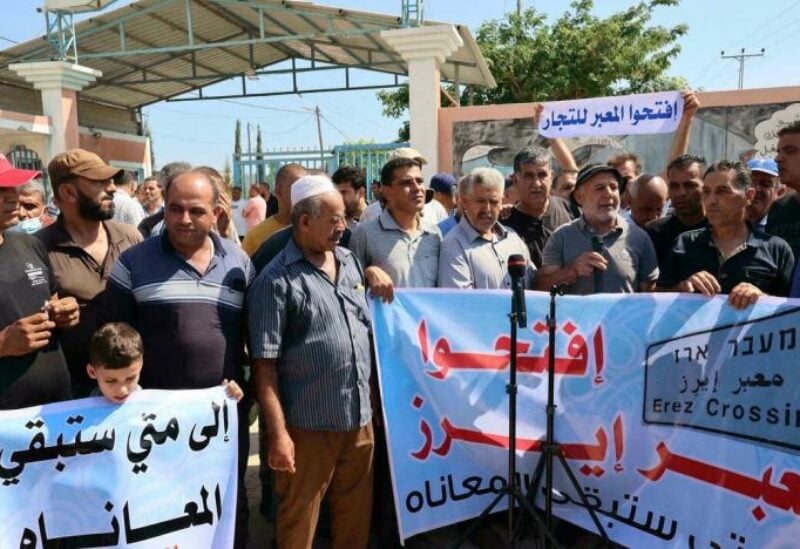 Israel is to authorize the entry of Palestinian traders and goods from Gaza for the first time in more than a year following an improvement in the security situation, officials said Friday.

“In light of the preservation of security stability” in the area, “1,000 merchants and 350 senior Gazan businesspeople” will be allowed into Israel from Sunday, said the Israeli military body responsible for civil affairs in the occupied Palestinian territories, COGAT.

Also, “exports from the Gaza Strip into Israel will recommence through the Kerem Shalom crossing, and imports from Israel into the Gaza Strip will be expanded — including components belonging to the transport and communications sector,” COGAT said in statement.

“Equipment and goods will be allowed in for the Gaza Strip’s humanitarian infrastructure, such as water and sewage,” it said.

COGAT cautioned that the relaxation was “conditional on the continued preservation of the region’s security”.

Entry permits will be issued “only to those vaccinated against or recovered from Covid-19”, it said.

A COGAT spokeswoman told AFP this would be the first time Israel was allowing Gaza traders in since the outbreak of the coronavirus pandemic over a year ago.

In late July, Israel expanded the fishing zone off Gaza and resumed imports into the territory for international aid projects.

A fragile truce has largely held following 11 days of deadly conflict between Israel and Hamas in May, although sporadic incendiary balloon launches from Gaza have triggered Israeli retaliatory fire.