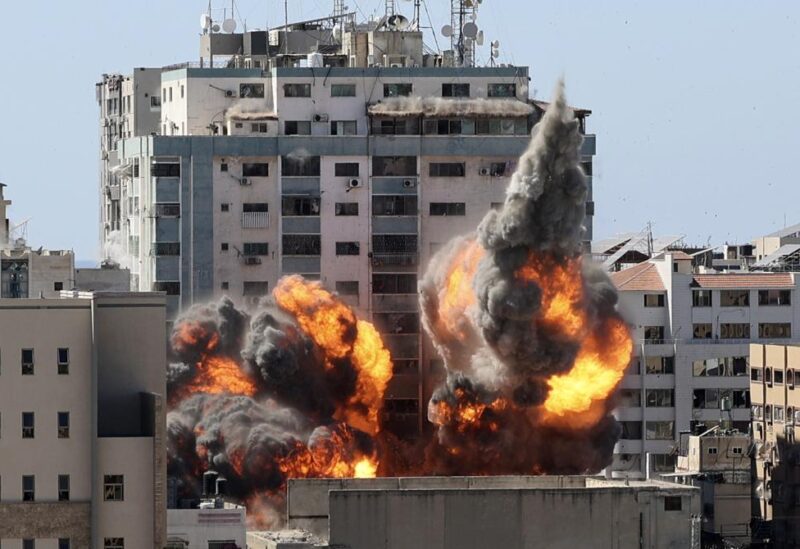 A ball of fire erupts from a building housing various international media, including The Associated Press

The Israeli military has attempted to kill the military commander of Hamas, Mohammed Deif, at least twice since the conflict began 10 days ago.

While it is not known when the strikes took place, military sources said that both times he escaped at the last minute.

One of the primary goals of the IDF’s military operation in Gaza is to kill top Hamas and Palestinian Islamic Jihad commanders.

Deif, the commander of the Izzadin al-Qassam Brigades, has been sought by Israel for over 25 years due to his involvement in deadly terrorist attacks against Israeli citizens.

There were several earlier attempts on his life by Israeli security services that have left him with one eye, one arm and no legs. The first attempt took place in 2001, the second in 2002, another in 2003, again in 2006 and in 2014 during Operation Protective Edge. The last attempt killed his wife and one of his children, and while it was initially thought that he had also been killed, he survived that attempt as well.

“I salute our steadfast Palestinians at Sheikh Jarrah in occupied Jerusalem. The resistance leadership and al-Qassam are watching closely what is happening in the neighborhood,” Deif was quoted as saying.