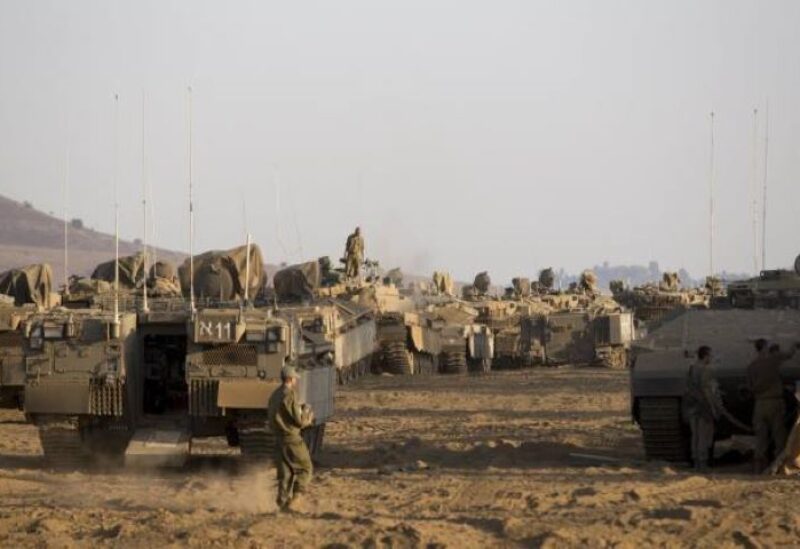 Israeli soldiers standing on top of an Israeli army base

Israel detained a Syrian man who infiltrated the occupied part of the Syrian Golan Heights, the Israeli army announced on Thursday.

An army spokesman said the man was detained after advancing a few dozen meters towards Jabal al-Sheikh (Mount Hermon) in the Israeli-occupied part of the area.

“An army observation point spotted the suspect near the ceasefire line,” the spokesman added, noting that army forces were sent to the area immediately.

The man was arrested and handed over to the security services for investigation.

The preliminary estimates indicate that the man is just a civilian who wanted to cross into the Israeli-occupied part of the Golan Heights to find a job in one of the Syrian towns and villages there.

However, the several infiltration attempts have raised the army’s concern, fearing they are members of the Iranian-backed Hezbollah or other Iranian militias.

Last week, Israeli sources said the army fired at four individuals who had “hurled objects along the border fence,” wounding one of them.

Observation soldiers spotted four suspects near Haspin in the Israeli-occupied Golan Heights, the army said, without providing any specific information on what they were throwing.